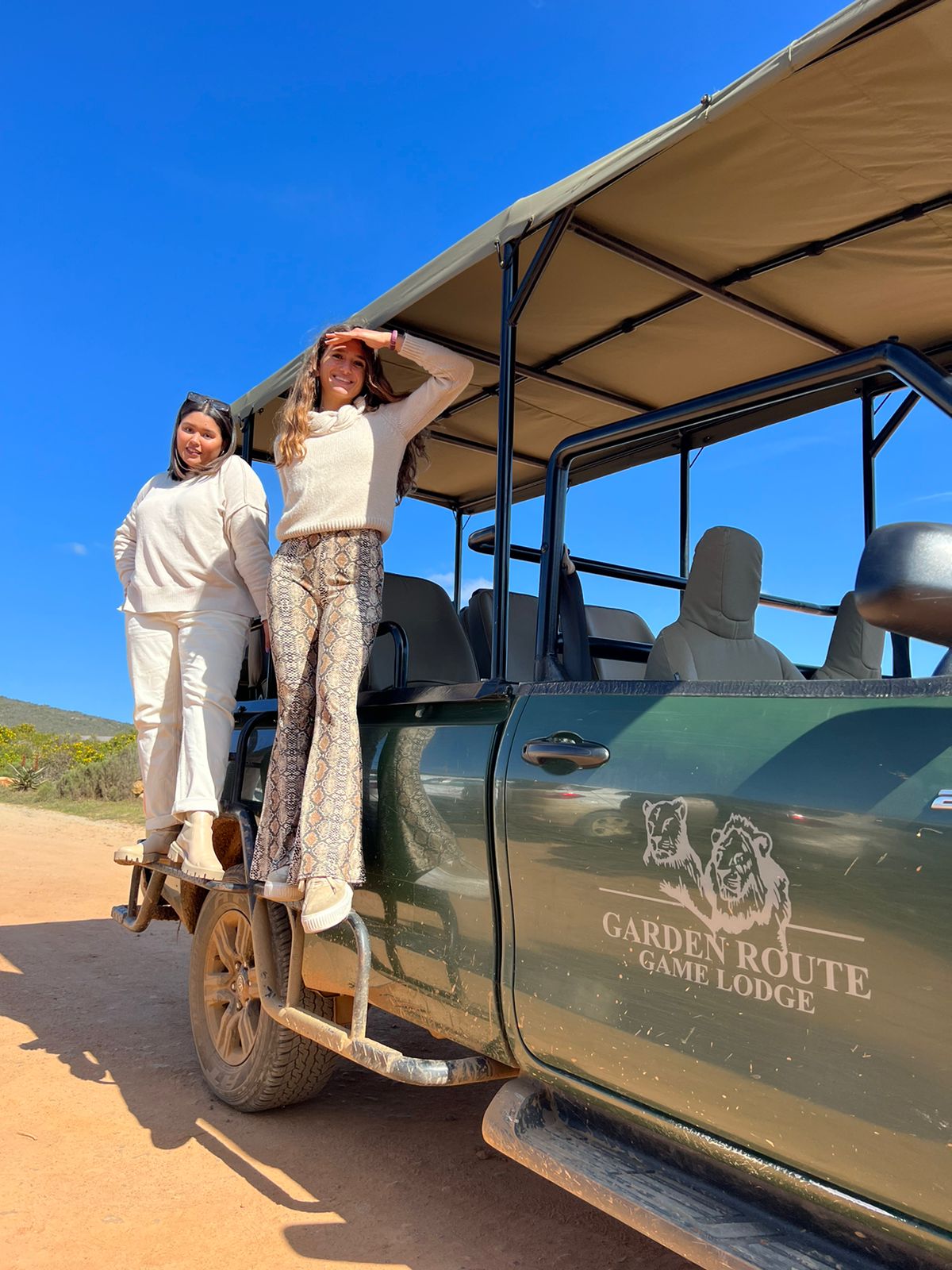 Early this year, the Western Cape Tourism, Trade and Investment Promotion Agency (Wesgro) entered into a three-year partnership agreement with Garden Route District Municipality (GRDM) to accelerate the region’s economic growth, investment, trade and tourism. Clear targets and deliverables were set out in this agreement.  In order to increase domestic demand along the Garden Route & Klein Karoo, a familiarisation trip was organised with business and media delegations from Gauteng and Western Cape. The focus of this trip/educational was mainly on family and budget friendly packaging that is on offer in our region.

The initiatives are in line with the Growth and Development Strategy and Garden Route Economy Recovery Plan to boost the Garden Route economy.

Day one, the group met each other for the first time as they arrived at George Airport from their different flights with the tour operator – Tours 4 SA receiving the group. The drive to Garden Route Game Route was indeed pleasant with inviting weather and the group commenting on the diverse landscape witnessed enroute.

GRDM’s Executive Mayor, Alderman Memory Booysen, and a delegation from Council welcomed the group with a networking lunch at Albertina’s Garden Route Game Lodge, highlighting the region’s beauty and splendour.

Day two, was utilised to explore the Garden Route Game Lodge property and to engage with management. The purpose of the trip was to promote the region as a tourism destination.

The group enjoyed the Western Cape Butterfly Sanctuary in Ruiterbos, which was officially opened in November 2021 and is the first and only butterfly sanctuary in the region.

On the third day, the group experienced the Karoo in its true essence in Oudtshoorn, from an ostrich farm safari to visiting the Cango Caves. A highlight of any trip to Oudtshoorn is this experience. The evening ended with an amazing night game drive at Buffelsdrift Game Lodge. This was an experience of the nocturnal side of wildlife, with many animal sightings and a coffee break under the stars while on the game drive which ended the night on a high note.

Day four, saw the group once again experiencing why many visitors to the Garden Route & Klein Karoo enjoy self-drives through the region Guests travelled from Oudtshoorn to Plettenberg Bay to visit the SAASA sanctuaries (Jukani and Birds of Eden). Feedback from the guests was that it felt like an ‘Amazon’ experience as they navigated through the world’s largest free flight aviary and bird sanctuary.

Day five offered a taste of adventure that included zip lining, climbing and hanging from ropes at the Timberlake organic village between Sedgefield and Wilderness at Acrobranch. This wasfollowed by a boat ride in the Wilderness National Park.

As the group left George after a closing lunch at Redberry Farm, they felt invigorated on the one side, but also sad that they had to bid farewell to the beautiful Garden Route and Klein Karoo.

According to Mrs Amagene Koeberg, GRDM Tourism Coordinator, “continuous engagements are still underway with the group as they publish their experiences and share it with their various audiences through different platforms, as some of the participants have already shared TikTok videos, images, videos and some of the tour operators already engaging with our products/services to include the offerings into their packages. These platforms are being monitored and more statistics and reach will be relayed over a period of time as content gets released, “she said.