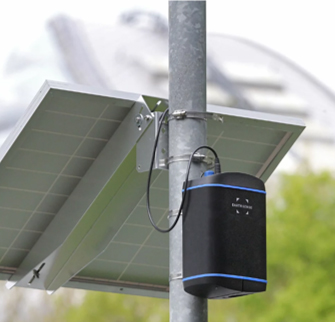 “Humankind faces its greatest existential threat in the form of climate change” – President Cyril Ramaphosa, 2020 State of the Nation Address

Climate change refers to long-term changes in weather patterns and temperatures. Such shifts may be natural, such as through variations in the solar cycle. Climate change has been primarily driven by human activities since the 1800s, particularly through the burning of fossil fuels like coal, oil, and gas. Fossil fuel combustion produces greenhouse gas emissions that act like a blanket around the Earth, trapping the sun’s heat and raising temperatures.

Climate change and air quality are closely related. Some of these emissions are not only of concern, but they often come from the same sources. Furthermore, air pollution and climate change interact in complex ways in the atmosphere. Increasing levels of greenhouse gases (GHGs) alter the energy balance between the atmosphere and the Earth’s surface, altering the chemical composition of the atmosphere.

Examples of developments that will result in the release of GHG`s include:

In October 2011, the Government of South Africa published the National Climate Change Response White Paper, which details the Government’s vision for an effective response to climate change and a just transition to a climate-resilient, lower-carbon economy and society. The Minister has promulgated the National GHG Reporting Regulations. The purpose of these Regulations is to introduce a single national reporting system for the transparent reporting of greenhouse gas emissions, which will primarily be used to: Inform policy formulation, implementation and legislation.

“The Garden Route District Municipality recognises climate change as a threat to the environment, its residents, and its future development,” says Dr Johann Schoeman, District Manager: Air Quality. Böckmann (2015) states that measures should be taken to reduce or eliminate carbon emissions or enhance greenhouse gas sinks (mitigation). However, due to lag times in the climate and biophysical systems, the positive impacts of past and current mitigation will only be noticeable in the next 25 years (Jiri, 2016). In the meantime, adaptation is seen as an inevitable and necessary response to the changes projected in the district. Garden Route District Municipality has therefore prioritised the development of a Climate Change Vulnerability Assessment and Climate Change Response Plan.

The Air Quality status of the Garden Route

Air Quality in the Garden route is managed through its 3rd generation Air Quality Management Plan (AQMP). Our Air Quality vision is: To have air quality worthy of the name “The Garden Route”

“The GRDM is one of the front-running municipalities with regards to Air Quality management in South Africa,” said Schoeman.

The Garden Route is a fast-developing zone with people all over South Africa migrating to the district. This will ultimately also lead to increased industrial activity and more pressure on the environment. Within the Western Cape Provincial contexts, GRDM issued 21% of the total number of Atmospheric Emission Licences within the Western Cape, with only the City of Cape town issuing more licences than the GRDM.

Garden Routers is fortunate to have three Provincial Air Quality monitoring stations, which are located strategically within the district. Their placement is based on potential hazardous sources of pollution. These stations are complemented by monitoring stations operated by the industry as well as air quality monitoring activities done by the Garden route district municipality. The George station is also reporting live to the South-African Air Quality Information System (SAQIS).

In general, the pollution measured at these stations are in compliance with the Ambient Air Quality standards of South Africa and the Garden route can still be regarded as a district with very good air quality. The public can access the data on the SAQIS- system. There is excellent cooperation between GRDM and Industry and many emissions reduction programmes and improved technology projects have been implemented to mitigate the harmful effect of air pollution.

Goals 3 and 4 of the GRDM Air Quality Management Plan focus on Climate change response (CCR). The following tasks are envisaged under this objective relating to CCR:

The importance of air quality on the quality of life is often overlooked due to a lack of understanding of the impact that poor air quality has on the health and wellbeing of the community. The GRDM AQMP will continue to prioritise protecting vulnerable communities against exploitation.