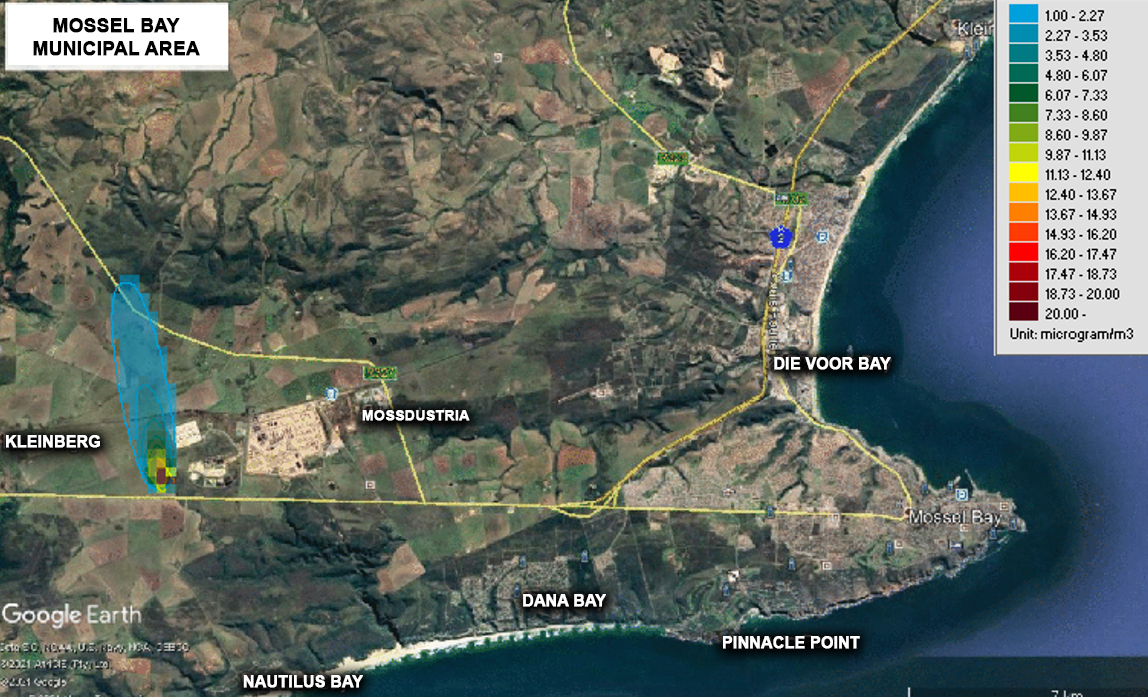 According to Dr Johann Schoeman, GRDM Manager: Air Quality: “Air dispersion modelling is defined as a series of mathematical simulations of how air pollutants disperse in the ambient atmosphere. It is performed with computer programs that solve the mathematical equations and algorithms which simulate the dispersion of pollutants.”

The application of this software will assist the Air Quality unit in dealing with air quality complaints. It predicts the emissions and effect of a specific source on a particular residency, depending on real-time weather data availability. For example, suppose a person phones the GRDM to complain about the smoke from a stack of Facility X. In that case, the GRDM can execute a theoretical predication of the dispersion by entering the real-time weather data and stack parameters, and the model will determine the concentrations at the complainant’s residency. GRDM can then determine if the complaint is indeed justified by comparing it with the National Ambient Air Quality standards.

The GRDM can also determine the air quality impact of area sources such as landfill sites on communities. The below dispersion model for Methane was done for the proposed GRDM Landfill site in Mossel Bay, based on the predicted landfill volumes during year one and the historical weather data for Mossel Bay over the last three years.

The programme can also determine various percentile equations to determine a specific source’s worst-case scenario on a community. The 99 percentile, for example, predicts the highest concentration of a pollutant for 1% of the year. This is demonstrated in the picture below.

Feature image: Average hourly period concentrations for Methane from the proposed Landfill site in Mossel Bay computed over a year. As can be seen in both examples, the methane concentrations are insignificant and will not cause any harm to the community.