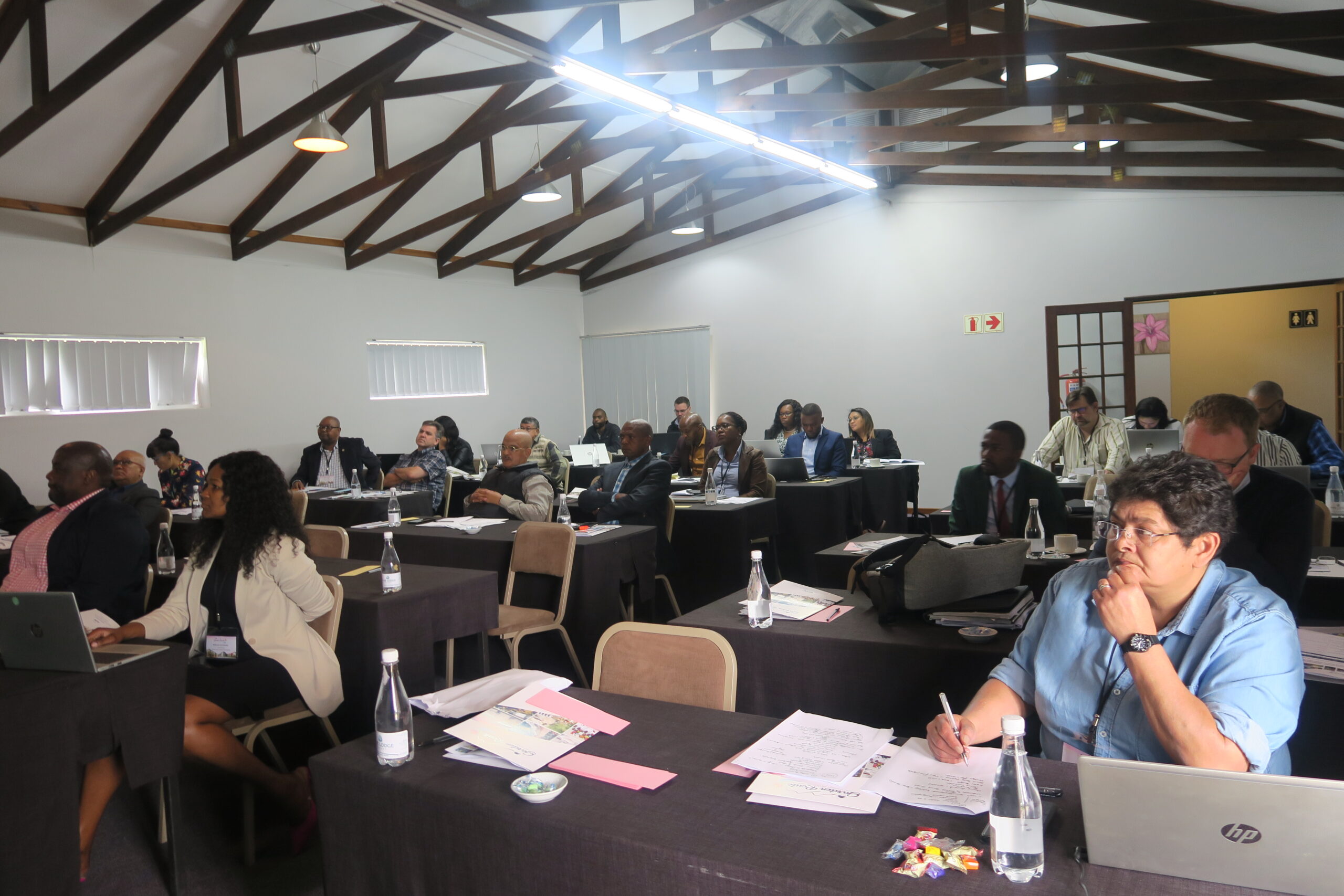 Alderman Jerome Lambaatjeen, Portfolio Chairperson of Strategic Services, opened the session and welcomed attendees, followed by GRDM Municipal Manager Monde Stratu, who opened his remarks with a quote from Charles Darwin, “It is not the strongest of the species that survives, nor the most intelligent; it is the one most adaptable to change.” Stratu encouraged those present to plan properly in order to fulfil and accomplish Local Government’s objectives and purpose as outlined in Section 51 of the Constitution of South Africa. To change the past, attendees need to make a deliberate effort, he said, leaving them with some food for thought.

Joel Mkunqwana, GRDM Manager: Human Settlements, presented the current Human Settlement Strategic Plan, highlighting its strengths, weaknesses and opportunities.  He outlined the purpose of the workshop which is to determine whether substantive changes have been made in relation to the National Legislative and Programme context in order to consider the impact of these changes; to ensure that the Strategic Plan remains relevant to such changes as well as aligned with its administration.  In his remarks, he praised the Municipal Manager for his contribution and words of encouragement to planners, noting that he has set the bar high for them to reach.  As he closed, he stated that in the human settlement industry, a long-term approach and synergy are the keys to being most effective and making an impact.

Shehaam Sims, co-manager of the GRDM Human Settlement Section, delivered a comprehensive presentation titled, Pursuing an Enabling Environment for Affordable Housing Delivery. In her reflection, she reviewed all the foundational work that has been done so far, including the feasibility study being undertaken; all the applications that had been submitted to all the relevant bodies; the decisions that had been taken; the alignments made with the appropriate authorities; and the information shared on the various platforms. She outlined what has been achieved so far using the GRDM’s vision of becoming the leading, enabling, and inclusive district, characterized by equitable and sustainable development, high quality of life, and equal opportunity for all, as foundation.

The GRDM Social Housing Partners presented comparative social housing products on day two, highlighting the challenges and opportunities and useful lessons learned.  Representatives were very interactive and robust in their interaction throughout the two-day sessions, willing to learn from each other.  The questions and proceedings were documented and used to refine and update the current GRDM Human Settlements Strategic Plan, which will be reviewed annually in accordance with the Municipal IDP and MSDF.

Presentations made on day one and two can be accessed here:

UPDATE ON THE CURRENT STATUS OF THE GRDM SOCIAL HOUSING PROJECT:

A service provider has been procured through the supply chain management process to conduct a feasibility study on the site. The service provider was appointed on 1 August 2022. Numerous activities have been conducted to determine whether the site and its infrastructure can support such development.

The soil conditions have been tested. Currently we await capacity confirmation of water, electricity and sanitation for a 4 storey walk up building, with units varying in arrangement from 1 bedroom to 3 bedrooms with communal areas and requisite parking areas.

A final feasibility report is scheduled to be available by the end of January 2023.

In the event the feasibility report declares the project feasible, the site will be handed over to the Social Housing partner who will prepare a concept plan for approval, followed by other required plans.