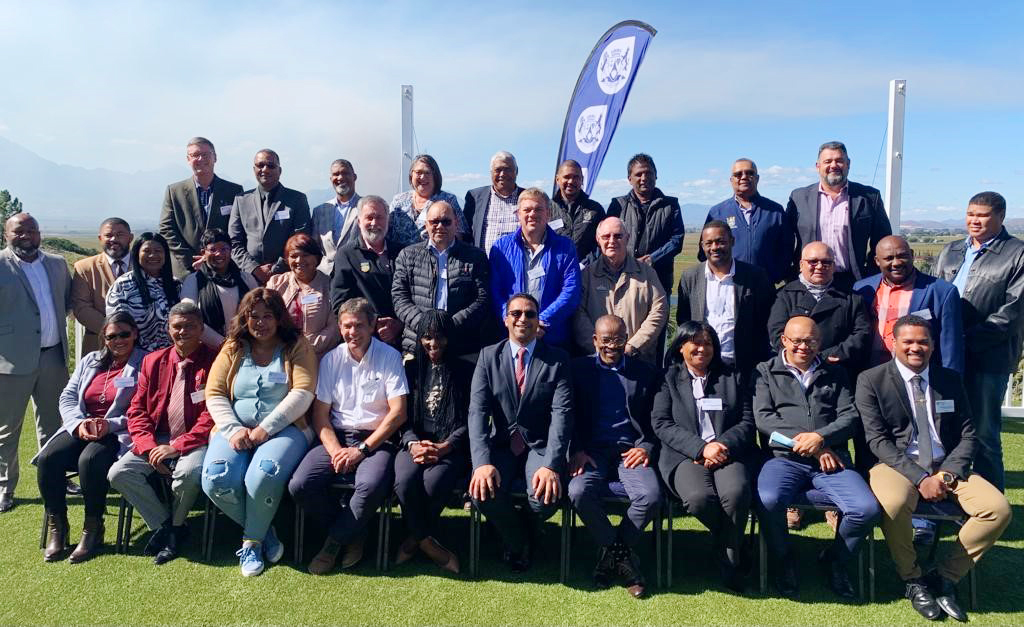 Today, the newly appointed Western Cape Minister of Infrastructure, Tertuis Simmers engaged Mayors, Deputy Mayors and MAYCO Members for Human Settlements from all Municipalities across the Province. This engagement which forms part of Minister Simmers’ annual outreach programme, sought to amongst others ensure that municipal executives are empowered with relevant information around the various amendments that have recently occurred within the human settlements space, as well as who is being prioritised for a Fully State subsidised/Breaking New Ground (BNG) house.

Amongst others and particularly in the Affordable Housing space, these amendments included the revised Finance Linked Individual Subsidy Programme (FLISP) that is now called ‘Help me Buy a Home,’ and how more residents with a household income between R 3 501 – R 22 000 can access this subsidy. Previously, residents had to first obtain a mortgage before they could apply for this subsidy. However, since 1 April this has now been delinked, which means that it can be accessed through other sources of funding.

The qualification criteria for Social Housing has also been slightly amended from R 1 500 – R 15 000 to a gross monthly income of R 1 850 – R 22 000. This now ensures that more residents are able to access an opportunity within the rental space since with this offer a beneficiary will never own the home. It is important to note that the rental payment in this option is 50% less than what is being charged within the market. The 50 Informal Settlements that have been identified for a variety of upgrade interventions through our Informal Settlements Upgrade Partnership Grant (ISUPG) were also highlighted. Pertaining to who could potentially qualify for a BNG unit, the criteria is:

–           Those living with a medically certified disability

It should be noted that these residents must be registered on the Housing Demand Database (HDD).

Minister Simmers continued: “I’m now looking forward to further engaging Councils across the province so that all Councillors and relevant officials are equally empowered with the correct information. Human settlements is a concurrent function and the more we work together, the more we will be able to ensure the swift delivery of housing opportunities.”