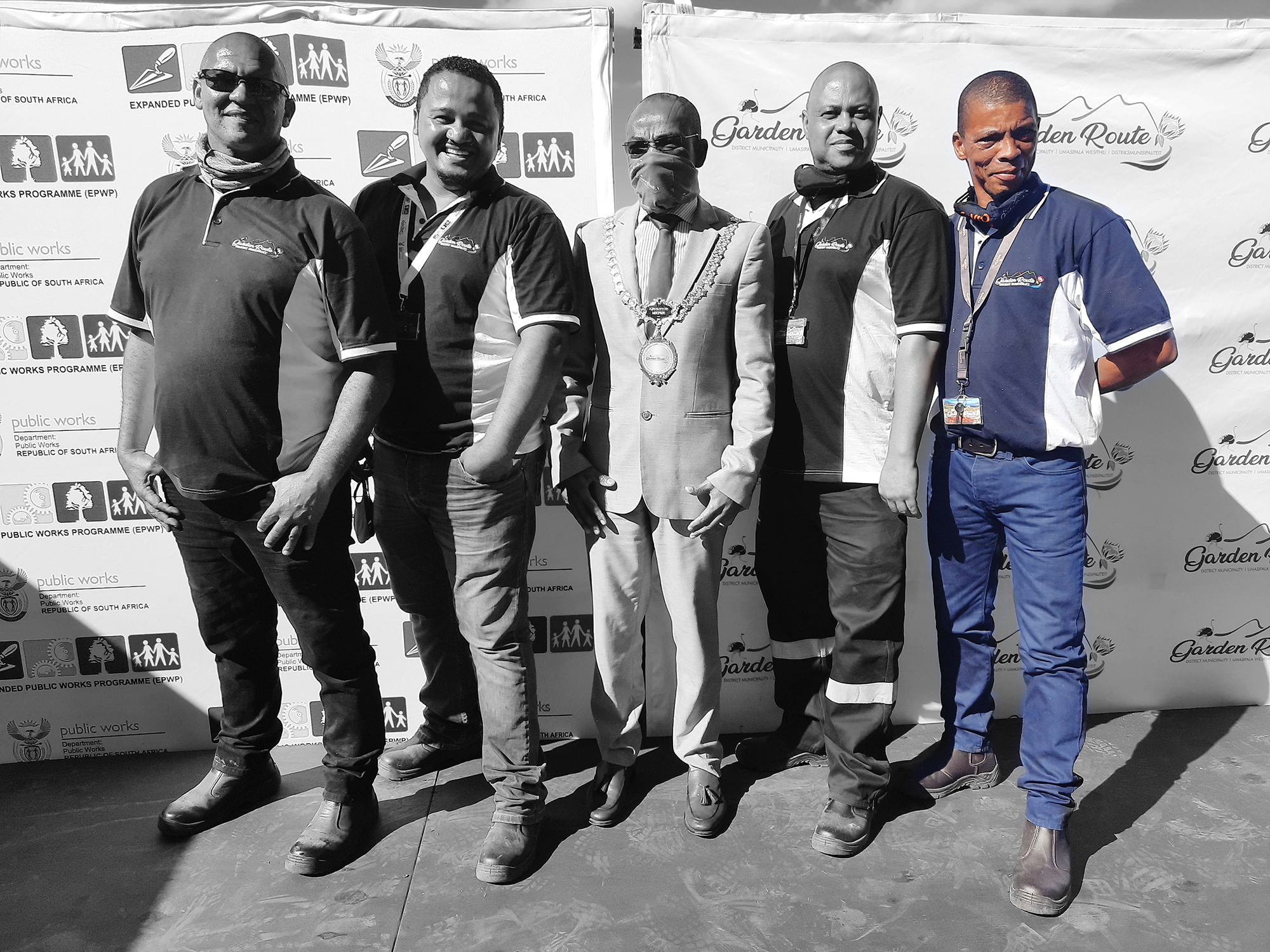 On Monday, 6 December 2021, when management and staff arrived at the respective offices of Garden Route District Municipality (GRDM), they learned about the tragic passing of their colleague, William Jonas.

William sadly passed away on Sunday, 5 December 2021 at the age of 44 after he was a victim of a brutal attack in George, a few days prior to landing up in the Intensive Care Unit. He leaves behind his wife and children, as well as many friends and colleagues.

According to a Human Resources official from GRDM, Lynn Marajh, the late William was appointed on 3 June 2016 on an Expanded Public Works Programme (EPWP) contract. His contract would have come to end during January 2022.

The late William will be remembered for his reserved and level-headed personality. Although he was employed at the EPWP Unit, he was known to almost the entire organisation, as his worked spanned across the entire region alongside the Maintenance Unit. Those who worked close to him such as Mario Appels, Superintendent at GRDM, remembers the late William as an enthusiastic, hardworking and goal driven individual – always respectful. “Being the reserved person he was, he had a fine eye for details around him. Apart from being his quiet self, he was also funny and knew how to make his colleagues laugh,” said Medron Bussak, Administrative Assistant: Resorts.  On a more personal level, William knew what his responsibilities as a family man were – “he loved his family,” Medron said. His music taste for the old school genre was symbolic to the type of characteristics he embodied.

“At GRDM we will always remember William as a helpful person who had a great passion for his work.”

The municipality will on Monday, 13 December 2021, host a memorial service to celebrate William’s life and to share a moment with his family, to bid him farewell.

“Rest in peace William, you will be dearly missed.”

Feature Photo: William Jonas, with the Executive Mayor, Memory Booysen (middle) and his team members (fltr) Wayne Cronje, Irvin Siljeur and Sheldon Flemming earlier this year at an event that was hosted by GRDM at the Rosemoor Stadium in George.