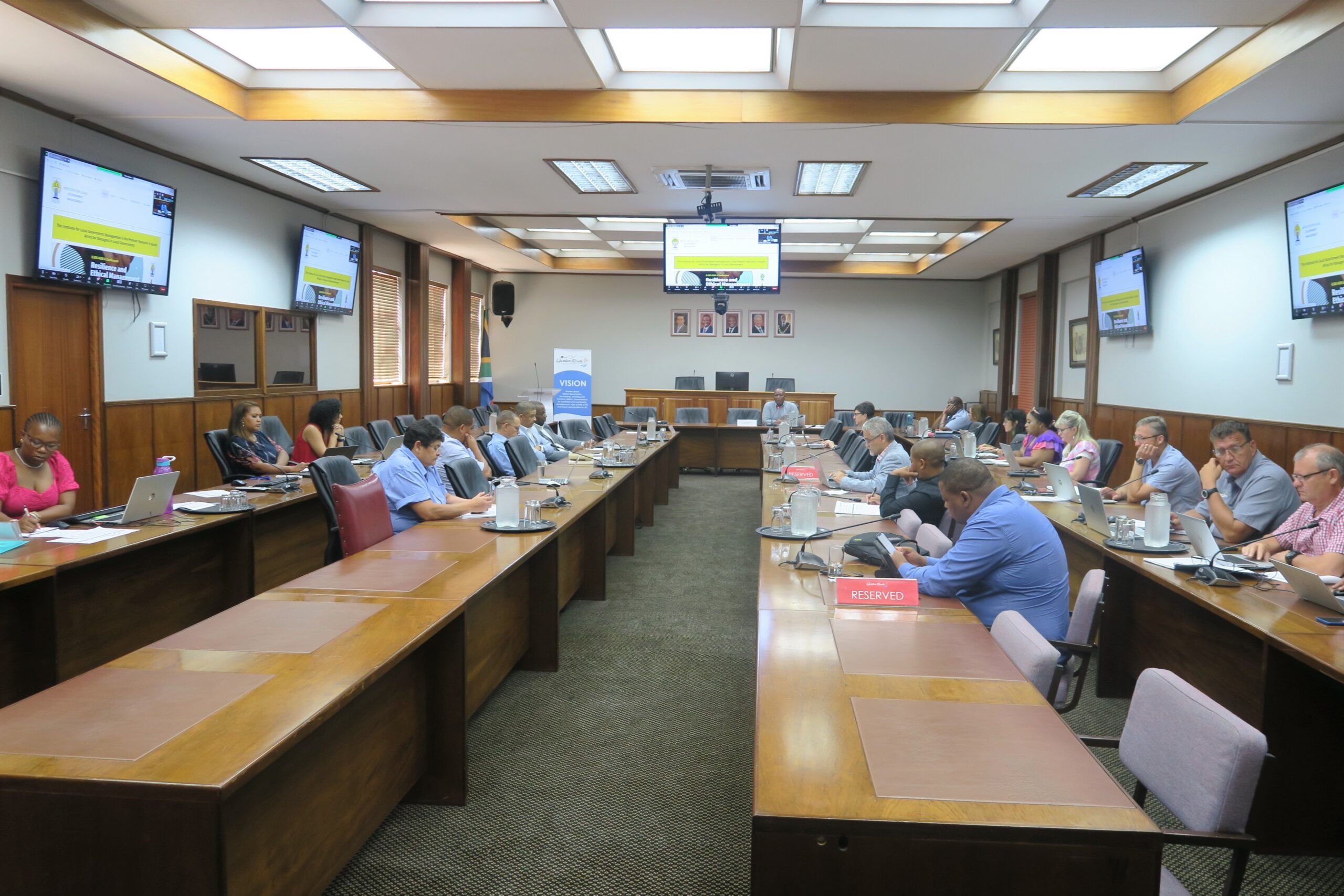 Media Release: A Catalyst for Positive Change in Senior Management – ILGM to play a central role

On Thursday, 12 January 2023, senior managers from the local municipalities in the Garden Route convened to discuss the resolutions taken at the Institute of Local Government Management (ILGM) Annual Conference in December last year.

The IGLM is a voluntary institution that was initially established for senior managers that was over the years organised by the LG sector, although the body has not been active to its optimum for the last few years,” Stratu said. The ILGM is an Institute that is focused on the needs of the Senior Managers as they are excluded from the Bargaining Council that on a regular basis determine benefits of employees.

The purpose of the meeting was to introduce senior managers from the respective municipalities to all in attendance, as well as to discuss the way forward to revive the operations of the district structure in relation to the ILGM.  Stratu furthermore explained that the meeting emanates from a meeting that was held for municipal managers of the province that took place in Cape Town during December last year.  At the meeting it was agreed that Municipal Managers must go back to their respective organisations and encourage managers to join the ILGM to become members of the institute and to organise the district chapters of the institute, with the district Municipal Manager tasked to champion the process.

Additionally, Stratu said that at the National Conference of the ILGM in Bloemfontein last year, a key resolution was approved to establish a union for senior managers. He said that the process is now at an advanced stage.  The union will specifically focus on the interests and benefits of the managers, as they are not represented at any other structure. He encouraged all municipal managers and senior managers that were present to encourage managers at their respective municipalities to join the institute so that “we can start coordinating various activities in the district and province”.

Local municipalities are now tasked to make submissions of a representatives to serve on the Union to GRDM, before Monday, 16 January 2023 (today).

Members of the Institute are represented by Municipal Managers and Senior Managers that are employed within Local Government. Members are given a platform for the pursuit of mutual professional interests. The principal object of the Institute is therefore to promote the common interest of its members holding managerial positions in local government by enhancing their managerial skills. A national meeting is held once per annum, but regional meetings are held as often as local leaderships may deem it necessary.

The institute runs a variety of programmes aimed at achieving its strategic objectives. These programmes range from Workshops, Seminars and Conferences to International Manager Exchange Programs. Some of the programs are run in collaboration and co-operation with companies from the Private Sector as well as with the national Department of Provincial and Local Government.