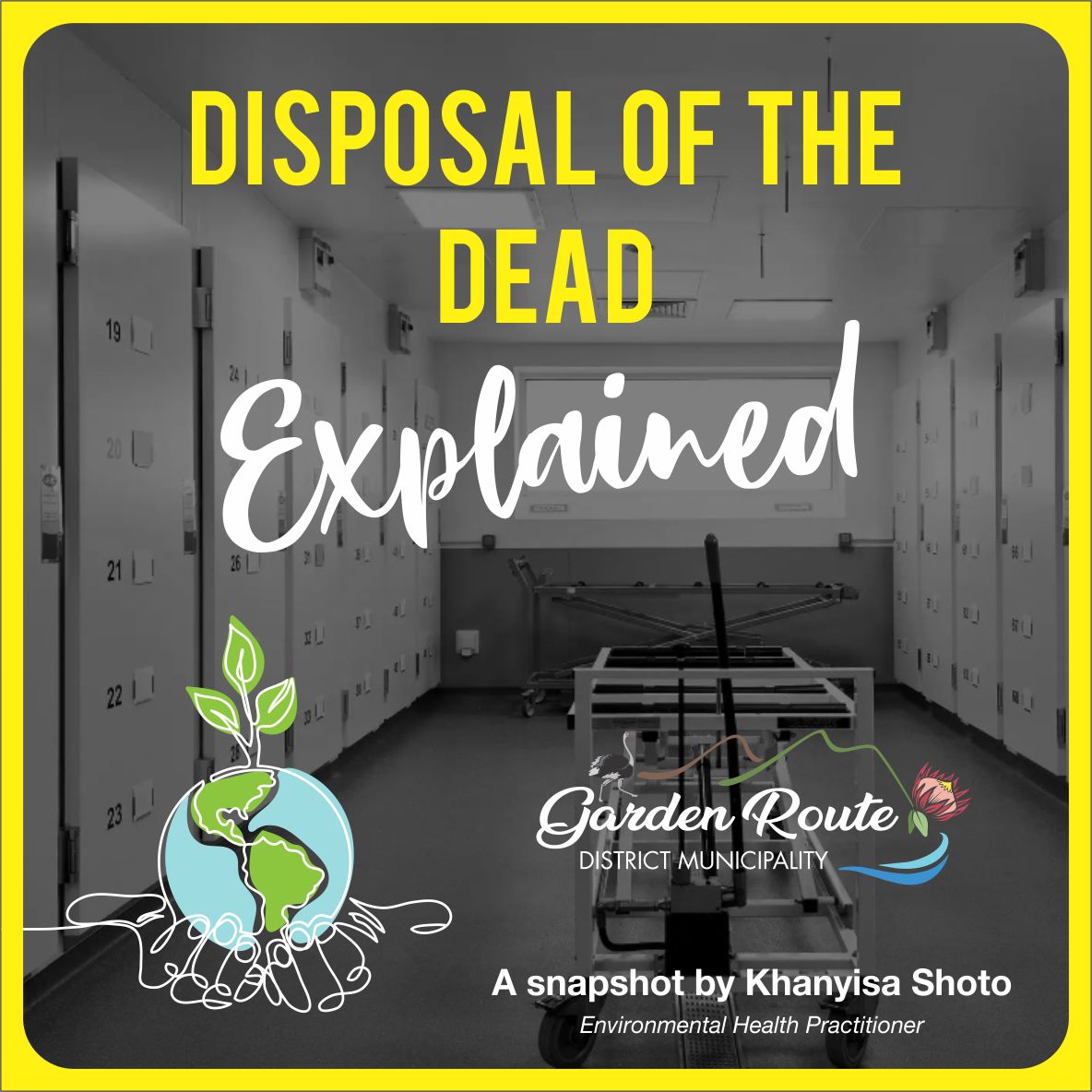 “Disposal of the dead is one of the nine key municipal health functions performed by EHP. It is governed by the Regulations relating to the Management of Human Remains, Regulation number 363 of 22 May 2013, promulgated under the National Health Act 61 of 2003.

For EHPs, the disposal of the dead involves the monitoring of funeral undertakers, mortuaries, crematoriums and cemeteries for compliance and also the management, control and monitoring of exhumation, rebuttal and disposal of human remains.

Currently, as it stands, ESKOM has continued to implement load-shedding for weeks. It is for this reason that Environmental Health Practitioners urge all funeral undertakers, crematoria and mortuaries to have a backup plan (like generators during load-shedding). Fridges need to keep running during power outages to prevent bodies from decomposing. The decomposed bodies do not only compromise the dignity of the deceased but also pose health threats for those exposed,” – Khanyisa Shoto, Environmental Health Practitioner, Garden Route District Municipality.