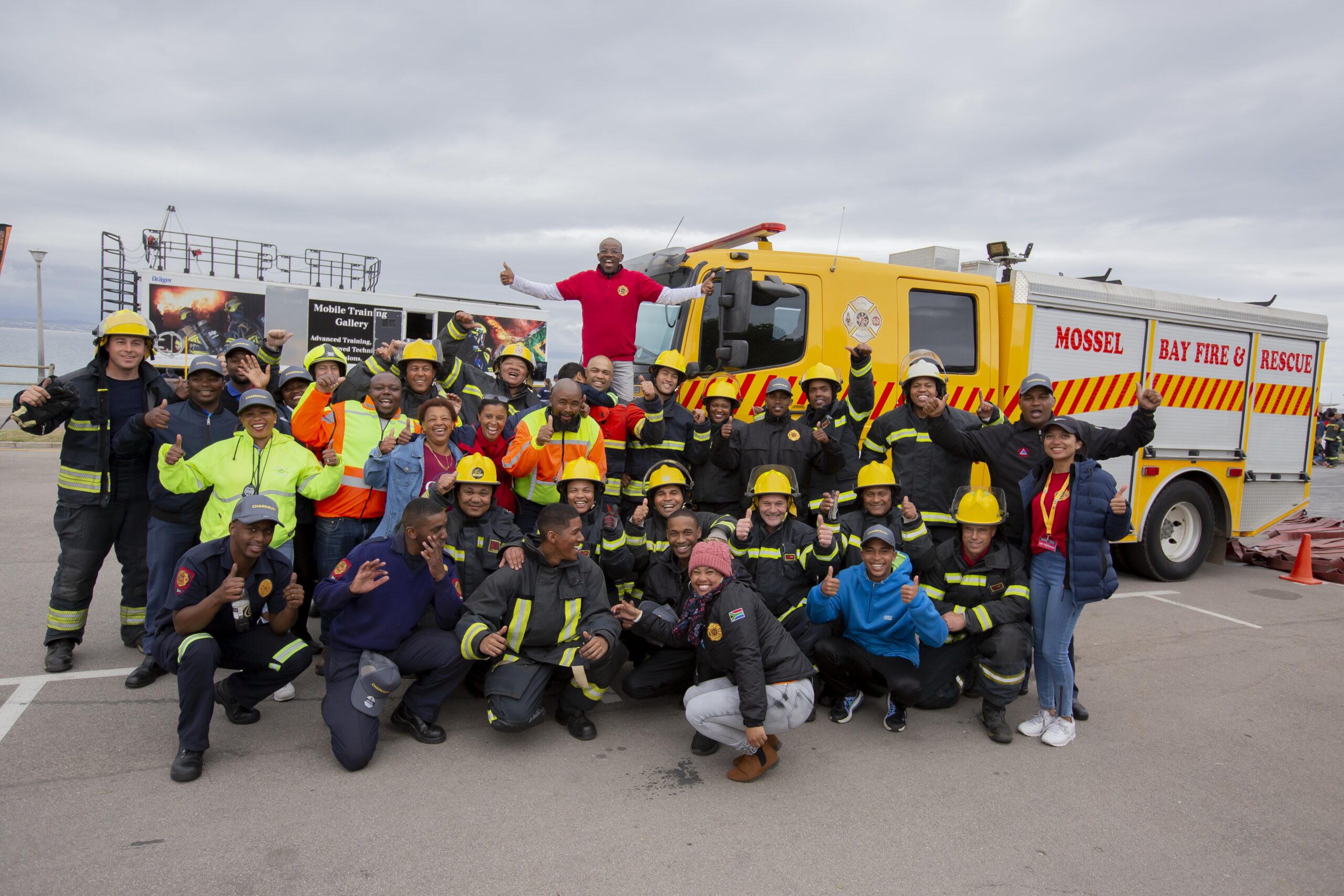 The past weekend, 16 and 17 September 2022, a lot of Garden Routers and visitors from other parts of the country, travelled to Mossel Bay to witness the first South African Toughest Fighter Alive (TFA-SA) competition since 2019. The TFA didn’t take place for a few years because of the Covid-19 pandemic.

This year’s challenge marked the seventh official competition.  The event was hosted in the Garden Route at the De Bakke Beach in Mossel Bay and attracted more than 160 South African competitors.

The Garden Route District Municipality (GRDM) Firefighters performed well in the competition, with Emile Conrad winning an overall runner-up position in the competition. He competed against 129 firefighters who competed in the individual event. For the relay event, the GRDM men’s team ended almost at top in second (2nd) position. They beat 28 other teams.

In the events linked to various age categories, the GRDM landed the following top three positions per age category:

The TFA-SA challenge is based on an international event and has become South Africa’s primary fire fighter fitness challenge. Top competitors at the TFA-SA, are selected to represent South Africa internationally.

GRDM’s recently appointed Chief Fire Officer, Deon Stoffels, said that the GRDM had sixteen (16) competitors in total, including 2 female firefighters. “Each one displayed inspiring courage, perseverance and grit in finishing their individual challenges as well as going all out to ensure their respective relay team, of which we had four (4), performed as best as possible. The camaraderie was contagious and firefighters are already looking forward to perform even better next year in Mossel Bay,” he added. A big thank you is also extended to colleagues that came to support with all theirs cheers and motivation absorbed, including the executive Mayor.

Councillors, management and staff congratulated all participants, especially the GRDM team for their outstanding performance in the competition. By competing in this challenge, the team demonstrated their ongoing dedication in health and fitness. The fitness level of a firefighter is central to their success in containing an incident.

Team Garden Route, congratulations to you!

Feature image: The GRDM Firefighters who participated in the TFA-SA competition, with Executive Mayor, Alderman Memory Booysen (back, centre), and GRDM supporters at the event.