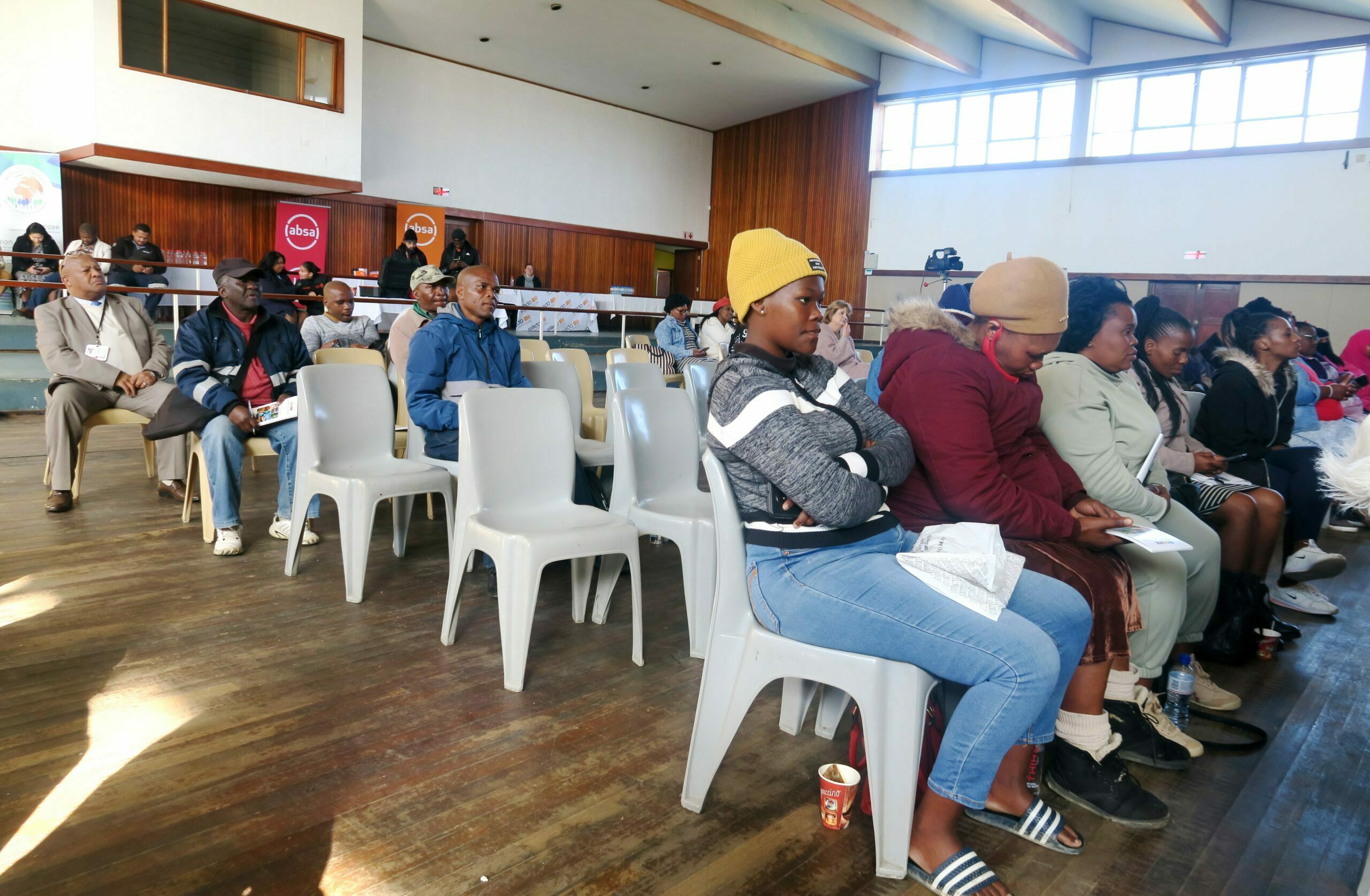 On Wednesday, 26 July 2022, Informal Traders and Businesses from the Garden Route district were inspired by various stakeholders who collaboratively hosted the first ever Garden Route Informal Leadership Conference, at the Conville Community Hall in George.

The event was hosted by the South African Informal Traders Alliance (SAITA) alongside the Informal Economy Development Forum (IEDF). This engagement brought together National and Informal Economy leaders from various sectors in the Garden Route district, Captains of Industry and National Government Departments, as well as representatives from the municipalities in the district.

The conference addressed the financial, marketing, research and development, governance as well as innovation needs of the Informal Economy in the Garden Route district. Its aim, therefore, was to showcase Informal Business leaders of the Garden Route and to promote and highlight the role the sector plays in the economic development of the country. It furthermore aimed to bring together governments, development institutions, investors, academics, and the private sector institutions with interest in the informal economy; to discuss best practices in the sector and lastly to unify Government, Corporate and the Informal Economy through advocacy; playing a leading role at being the catalyst for innovation and transformation whilst ensuring equal opportunity and dignity are protected.

During her address, the President of SAITA, Rosheda Muller, introduced the organisation and explained the role and activities of the SAITA in the informal economy of South Africa. The movement is dedicated to the advancement and development of the informal business economy of South Africa and therefore pledged to place the informal sector in a position in which it is able to negotiate on an equal footing with all spheres of government and business. The reason for their existence, therefore, is to, inter alia, inform and uplift, grow and develop, as well as to represent and speak for the previously voiceless.

The organisation also identifies opportunities from which members can benefit from and they aim create conditions conducive to growth in a hostile business environment. With this Muller emphasised: “The informal business sector has awoken from a slumber in which it dwelled in an erroneously self-perceived acceptance of irrelevance and insignificance. This perception, Muller said: “Is corrected by SAITA and that it resulted in informal workers that are now aware of their importance, and the roles they perform in job creation and poverty alleviation”. SAITA also assists municipalities in regulating and controlling the Informal Traders within their areas of jurisdiction. Also, the organisation harness the potential of individual traders, and via their R204 programme, they facilitate the formalisation of the Informal Sector.

During his address at the event, Executive Mayor of the Garden Route District Municipality (GRDM), Ald. Memory Booysen, referred to how the municipality is one of the most progressive districts in supporting small businesses within its area of jurisdiction. Mayor Booysen highlighted that the number of Small, Medium and Micro Enterprises (SMMEs) in the Garden Route district which GRDM supports, increases every year. Mayor Booysen also focused his speech on how well districts in other countries perform which impacts their respective economies significantly. For this reason, Mayor Booysen said to all small business representatives present: “As Government, we should not tell you what to do, because that is the reason why our economy is slow, instead we must listen to you”. Mayor Booysen also mentioned the aspect of by-laws and the utilisation of by-laws to boost the economic activities of small businesses.

“As municipalities, we should make the by-laws work for you. You know why you operate your businesses in specific areas e.g. streets, because the street activity might attract more customers to your business. Therefore, these by-laws must be addressed to formalise your business operations at areas most beneficial to you”.

Adding to this, Mayor Booysen said that town planners also play a vital role. “Business must consult us and we have to consult the town planners on what needs to be done – the process must work for you as business owners and more so, it must boost the economy of the district”.

Yolanda van Dyk from the IEDF, during her remarks at the event, said that training is one of the biggest change agents within the economy and one of the driving forces to develop business owners and their workers. She further encouraged informal traders present to take advantage of opportunities provided to them.

“The IEDF represents six (6) million informal businesses, for the purpose to build talent, create leaders and grow the economy.”

With all the plans the organisation has in store for the informal sector such as the upcoming launch of the very first IEDF College where informal traders will be trained, she encouraged Government departments to route their budgets through this structure. To the corporate businesses, she said: “Bring your training budgets and let us train everyone in the Informal Sector”.

Deputy Chairperson of IEDF, John Volkwyn, also spoke about education and the potential it has to grow a business so that these businesses can hold the government accountable. He reiterated that the “Informal Sector must use their skills set to take ownership, accountability and responsibility”.

Economic and Tourism Manager at GRDM, Melanie Wilson, shared words of appreciation with SAITA, IEDF and all stakeholders present, for bringing the event to the Garden Route. She said: “On your own you are nothing, but as a group you can go far” when she referred to the saying: “If you want to go fast, go alone, but if you want to go far, go together”. Adding to the words of Mayor Booysen, she said: “The next step from here is to have a conversation with other stakeholders, that also play a role in supporting the informal business sector of the Garden Route”.