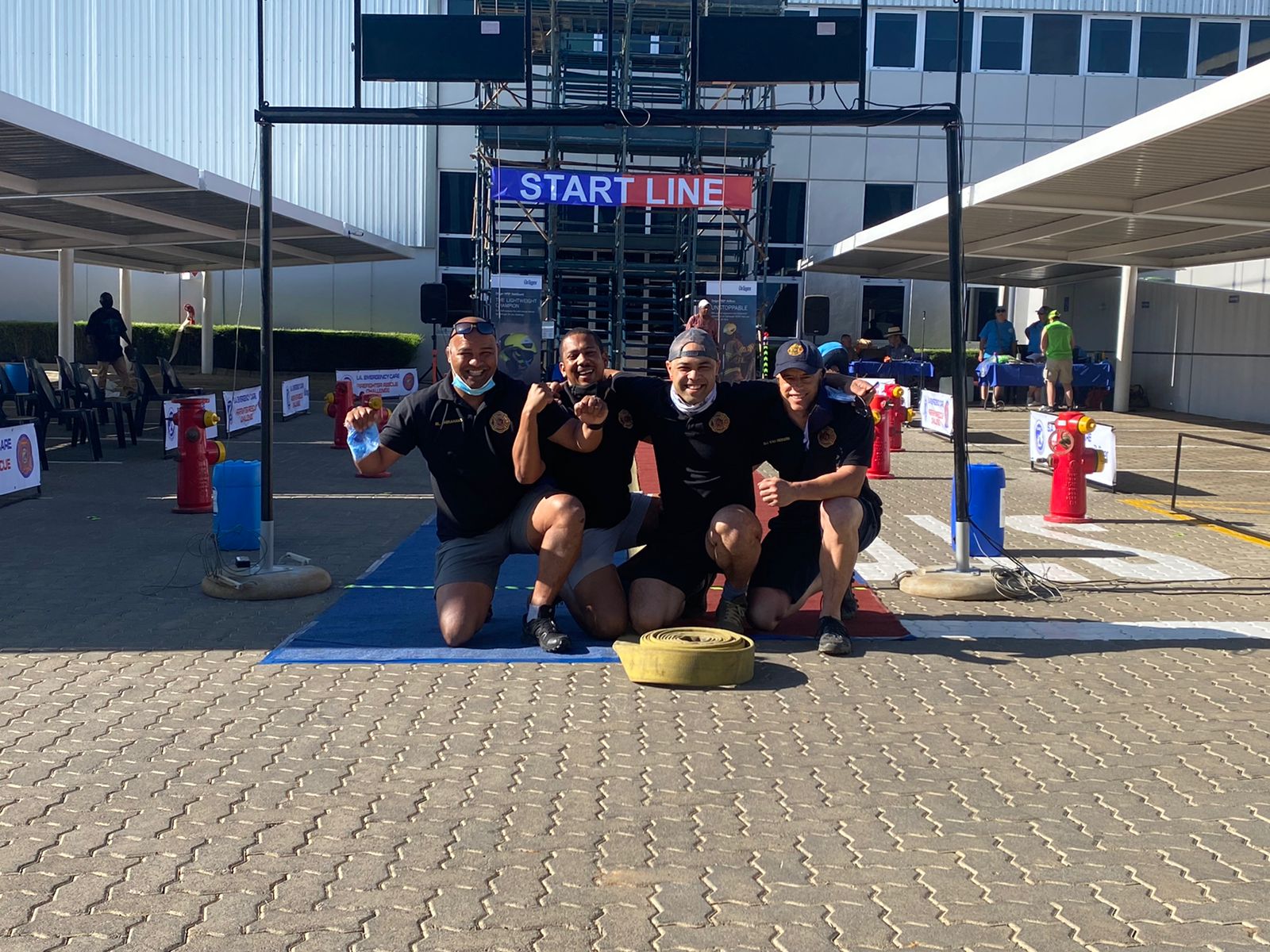 Firefighters from Garden Route District Municipality (GRDM), yesterday, 4 November 2021, participated in a Firefighter Combat and Rescue Challenge in Johannesburg. One of the Firefighters from GRDM, Emile Conrad, who is notorious for winning individual challenges, also won the Individual Combat Challenge. The event was hosted by Dräger in conjunction with the South African Emergency Care (SAEC). Dräger is an international company that specialises in the field of medical and firefighting safety technology and products that save lives.

The purpose of the challenge was for firefighting teams to test and promote their skills and fitness while learning and experiencing the latest firefighting equipment and technology on the market.

Municipal and industrial Firefighters from mostly across Johannesburg competed in the event and consisted of over 30 individual firefighters and 10 teams competing in the different events. The following GRDM firefighters participated in the competition, namely: Branville Abrahams Emile Conrad, David van Niekerk and Grant Gericke. According to Acting Chief Fire Officer, Deon Stoffels, the team performed well and ended with third (3rd) place in the Rescue Challenge.

Congratulations to our dedicated GRDM firefighters on their sterling performance in the competition!