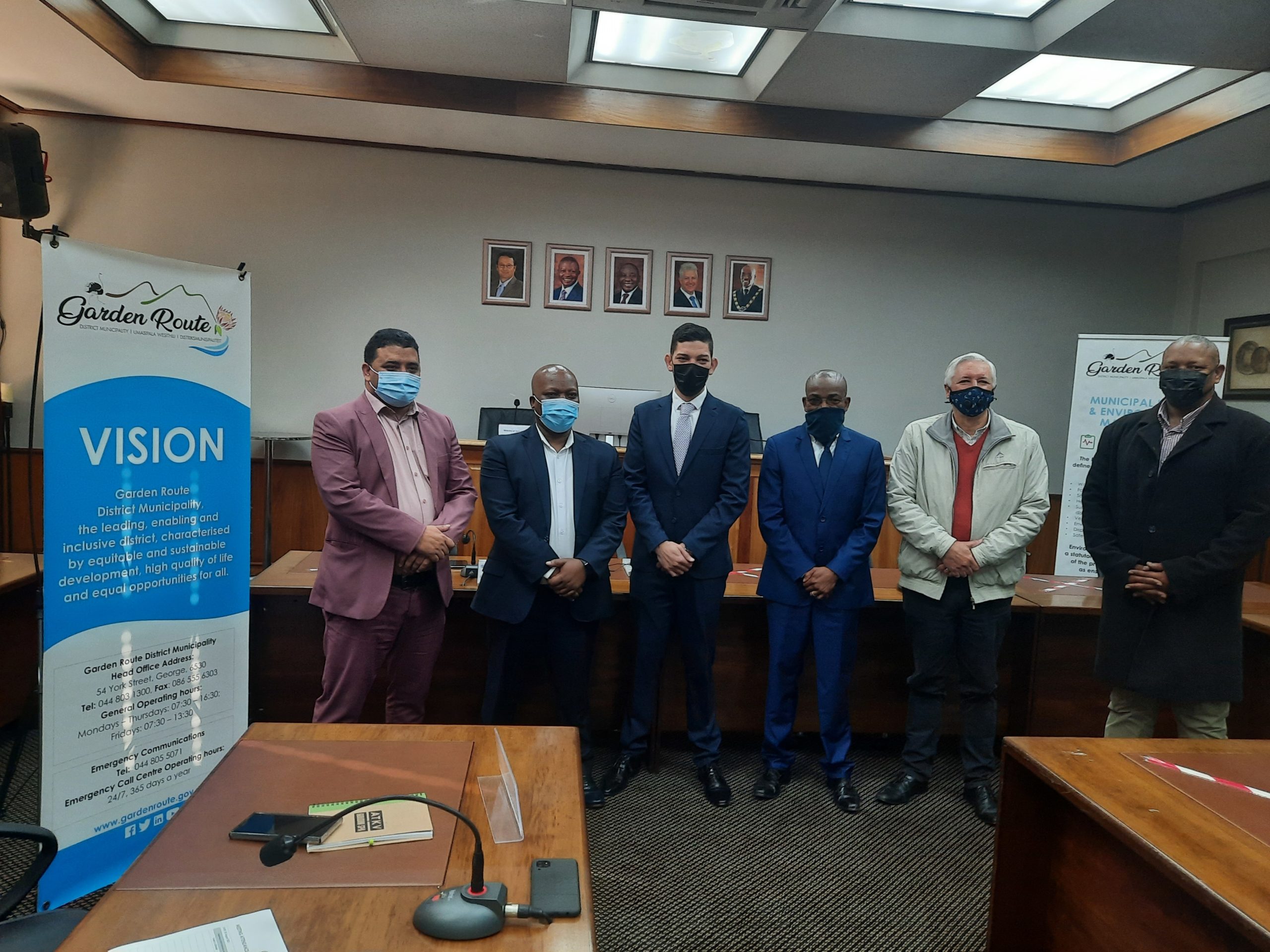 This morning, the newly appointed Western Cape Government Provincial Minister of Transport and Public Works, MEC Daylin Michell, visited the Garden Route District Municipality (GRDM) and region, to conduct an introductory meeting with all the Executive Mayors and Municipal Managers in the district.

During his opening remarks, a confident MEC Michell assured local municipal representatives that service delivery to citizens is not new, although he might be new to the position. He also said that the concerns raised during the meeting might not be unique.  His department will try and find solutions in the system to best address emerging and old challenges.  He further mentioned that his visit to the Garden Route District would not be from something new but that today’s process aimed to kick off his predecessors and continue in that fashion.

The GRDM Executive Mayor, Alderman Memory Booysen, introduced the discussions by explaining that the GRDM has the biggest road network compared to other district municipalities in the Western Cape.  Alderman Booysen further explained how roads in other districts, especially the West Coast, are used as economic networks for farmers getting their harvest to airports and harbours in Cape Town and that those critical roads are tar.  He stated that he believes that there should be no difference in the Garden Route District. Alderman Booysen concluded by requesting that the upcoming Service Level Agreement (SLA) between the Western Cape Government Transport and Public Works and the GRDM address the previous years’ learning curves. Afterwards, the different local municipal representatives raised their areas’ concerns and welcomed the visit of the Minister of Transport and Public Works.

As part of his visit, MEC Michell and his delegation, joined by Alderman Booysen and some of the other Executive Mayors, visited several sites in the George Municipal area.