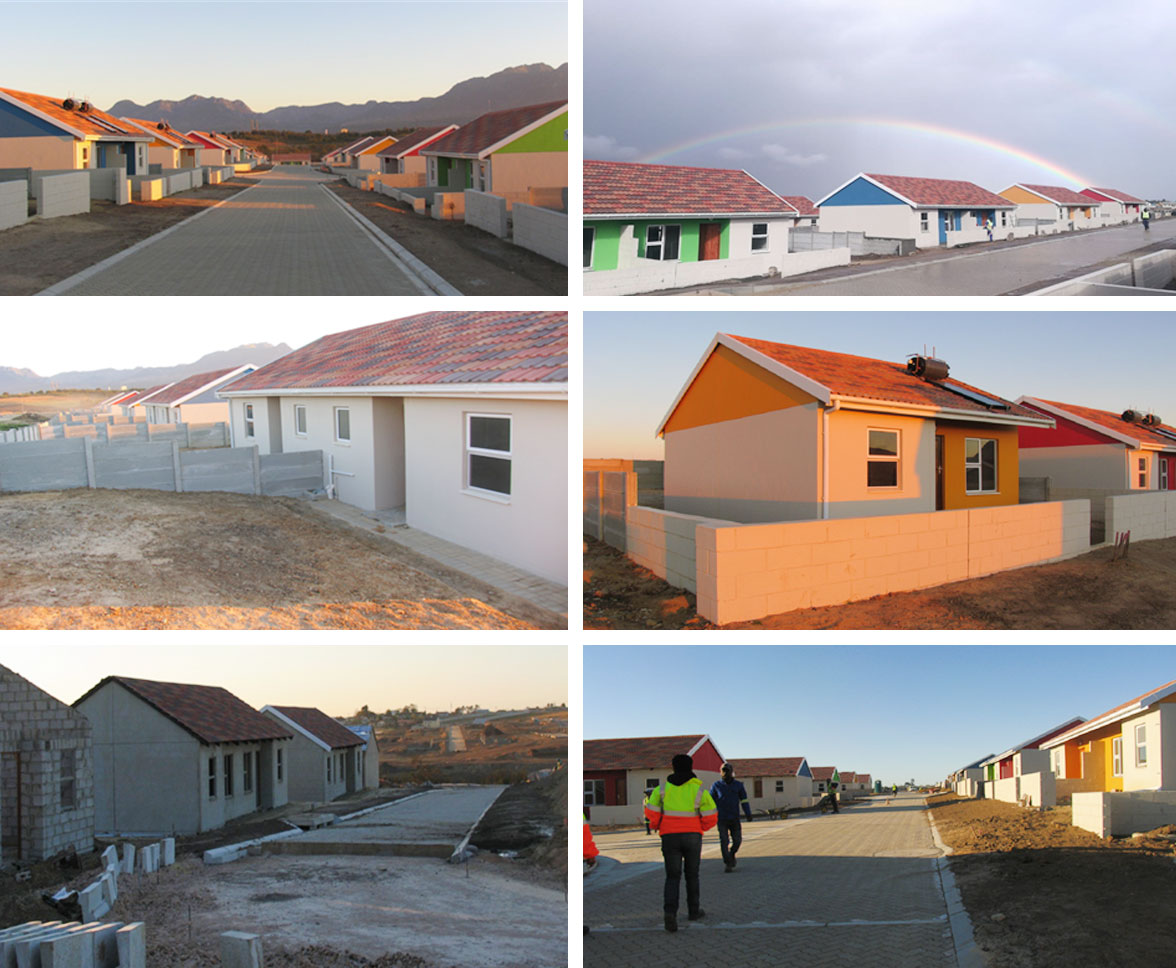 Media Release: We are one step closer to accreditation to administer human settlements

Garden Route District Municipality (GRDM) Council supports the administration’s application for Level One Housing Accreditation. Western Cape Government (WCG) MEC for Human Settlements Tertuis Simmers endorsed the GRDMs request, as his position provides him with the authority to legally delegate such responsibilities to a district municipality.

“We are now one step closer to rolling out the human settlements function on a district level,” said GRDM Executive Mayor Alderman Memory Booysen. According to Booysen, this intervention is aligned with the Joint District Metro Approach. Booysen says that middle income housing and student accommodation are only some of the many proposals to be explored, however each decision will be taken in consultation with local municipalities to ensure that there is not an overlapping of functions. GRDM Council has proactively amended its organogram to accommodate a human settlements function.

GRDM is also pleased to announce the appointment of two officials in this new function, namely Vuyani Mkunqwana and Shehaam Sims, whose salaries are fully funded by the WCG Department of Human Settlements.

According to GRDM Municipal Manager Monde Stratu, “One of the immediate priorities of our human settlements employ is to develop a Housing Sector Master Plan. This plan will be linked to Garden Route Local Government Integrated Development Plans and applicable Spatial Development Frameworks. The housing sector plan will focus on the various typologies of housing schemes, including social housing and gap housing.”

“The intent of developing a responsive housing sector master plan is also to list a database of all land pieces (vacant or built on), be it owned by the GRDM, local municipalities, WCG or National Government sector departments, or the private sector,” said Stratu. He explained that the demand for housing and the preferred type of housing will be considered throughout the process of developing a housing sector master plan. Considerations relating to densifying or optimising current properties will be explored in the process. This process will also link to the regional housing nodes that are already identified by the National Department of Human Settlements.

“We are pleased to be in a formal agreement with the GRDM,” said MEC Simmers. “This is a historical step, as it’s a first of its kind where human settlement managers are located at a district municipality, particularly since the district applied for Level One Municipal Accreditation.”

“With our department now providing the relevant human resources, it ensures that the district has the necessary skills and capacity to effectively be involved in the Housing Subsidy Scheme. I’d like to thank the district for agreeing to assist with the planning, development and management of selected human settlement priority projects. This will go a long way in avoiding unnecessary delays and red tape, and it will ultimately ensure that further human settlements can be established and more housing opportunities be created,” said MEC Simmers.

Vuyani Mkhunqwana has extensive experience in local government and has worked for the City of Cape Town for over 15 years as a Manager: New Housing, and as Acting Director of Housing. He served on the board of the newly established Special Purpose Vehicle or Municipal Social Housing Entity called Cape Town Community Housing Company, previously established in 2000 by the City of Cape Town and its business partner, the National Housing Finance Company (NHFC). During this time he monitored and safeguarded the contractual obligations and interests of the City of Cape Town. He was later appointed as the Executive Director: Social Housing and Community Development by the Communicare Social Housing company, accredited by the Social Housing Regulatory Authority (SHRA). This necessitated that he served as a Non-Executive Director of the Board of Communicare until his departure in 2015.

During his employment stint with the City of Cape Town and later Communicare, he represented the latter in the National Social Housing Organisation (NASHO) as a founding member of this independent institution whose primary role was to lobby, market, and be the voice of the social housing sector. This organisation is also a significant role player in the low income rental affordable and social housing market. Later he was appointed as the president and chairman of the same organisation (i.e. NASHO) over three terms covering nine years until 2013.

Before commencing work at GRDM, he was appointed on a contract basis for secondment as a Director of Human Settlements in the Knysna Municipality until 31 January 2021.

Shehaam Sims hails from Cape Town where she worked for the City of Cape Town for 35 years holding various positions. Starting as a Civil Engineering draughtsperson, she soon moved to Director: Urbanisation. During this time she was primarily responsible for transversal management to ensure that the various departments in the municipality worked in sync with each other, using resources efficiently and ensuring no duplication or gaps in service delivery. Sims also served as a Councillor for seven years (2006 – 2013), having served as Mayoral Committee member for Community Services, Human Settlements and Utilities (Water, Sanitation, Electricity and Solid Waste Management). Her recent deployment was to Oudtshoorn Municipality where she headed up the Human Settlements Department (2016-2020).