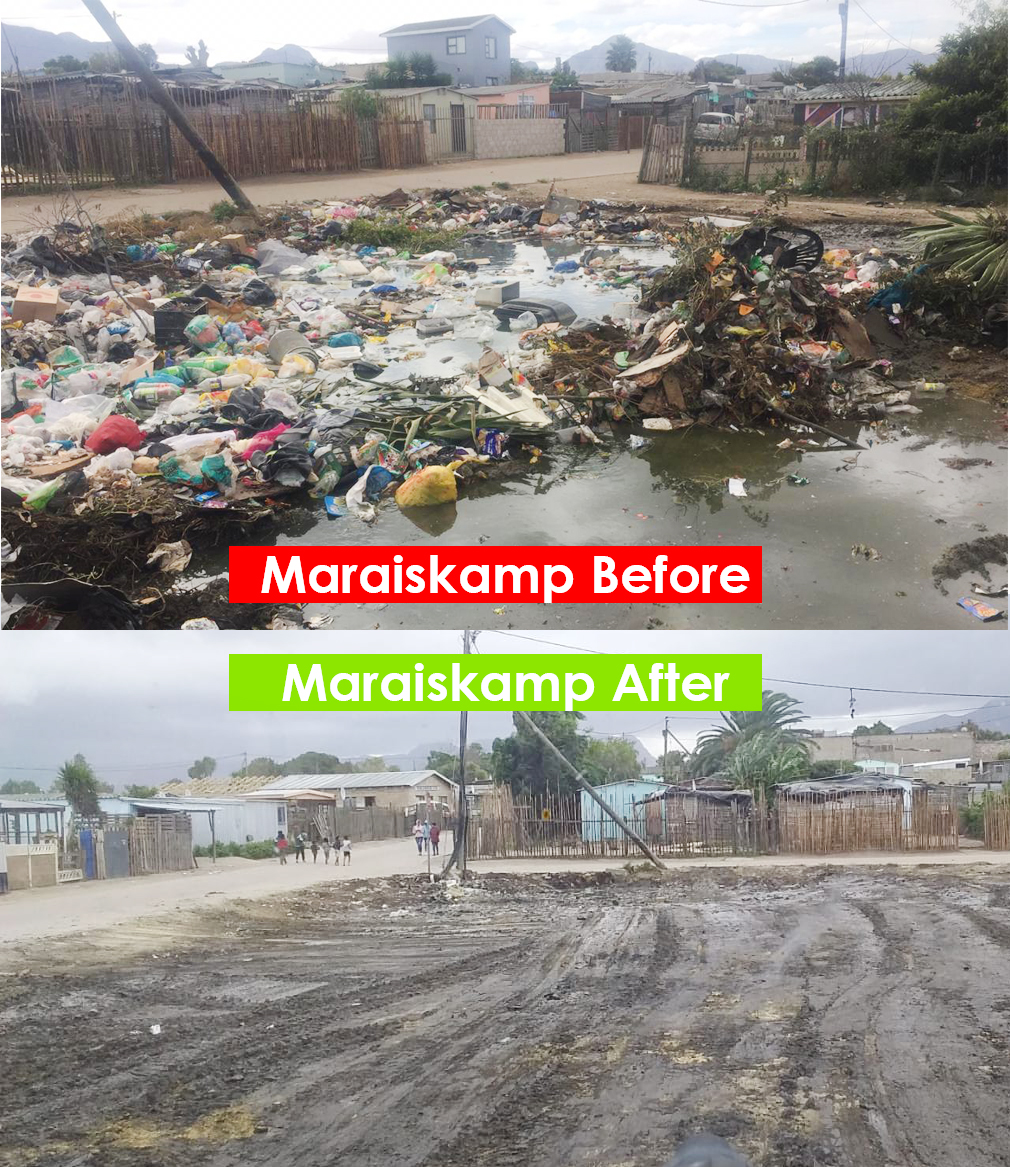 Media Release: Illegal dumping remains a problem in the Garden Route, all over South Africa and many parts of the world

Illegal dumping and littering is still an ongoing problem in all nine provinces of South Africa. Moreover, with the lockdown and essential workers testing positive for COVID-19, many municipalities around the country experienced a backlog in their efforts to remove waste. Illegal dumping sites are now on the increase. These sites serve as a breeding ground for mosquitos and vermin such as rodents and cockroaches that can cause life-threatening diseases.

“Although the management of the illegal dumping of waste doesn’t fall under the ambit of GRDM, society as a whole has a collective responsibility to keep the environment clean in the same manner that they maintain cleanliness in their homes and yards. The ill-conceived notion that littering creates employment for cleaners simply degrades our public areas and health,” said Executive Mayor Alderman Memory Booysen. “I used to be the mayor of Bitou Municipality where we experienced the same issue. People illegally dumped waste and littered while government was blamed for not cleaning up the environment,” he said. “Municipalities never illegally dump waste in neighbourhoods,” he added.

Municipalities need the public to help combat illegal dumping by reporting perpetrators. These criminal activities by individuals or organised groups negatively impact the lives of particularly the elderly and children, as they often come into contact with dangerous and contaminated medical waste, including items that may be contaminated with the COVID-19 coronavirus,” said Clive Africa, GRDM Executive Manager for Community Services.

Local municipalities do their utmost to inform and educate residents regarding illegal dumping and using the available waste removal services. The cost involved in the removing and cleaning of illegal dumping is exorbitant and could be better utilised in delivering other desperately required services in the communities. Local municipalities also issue fines of up to R1000.00 to those found guilty of illegally dumping waste.

Communication Manager of George Municipality, Ms Chantel Edwards-Klose, has indicated that George Municipality has recorded more than 200 illegal dumping spots within their municipal area. “Our municipality has run illegal dumping awareness campaigns at a number of schools and implemented extensive awareness efforts on radio and social media over the years. Trespassers know that what they are doing is illegal, which makes it even sadder that they have no pride in their surroundings or concern for the well-being of their neighbours. It is so disheartening to our officials to clean up an area, at great expense, and go back a week later to find it filled with dumped refuse again.”

Illegal dumping and littering is an environmental crime

All contraventions of environmental legislation constitute a criminal offense. Environmental crimes include, but are not limited to, the following:

While disinfecting areas within the region firefighters and environmental health practitioners from GRDM found tissues, builders’ rubble, cardboard, chemical substances, baby nappies, plastic bags, sanitary pads and condoms. “Community members say that they are annoyed by the surge of illegal dumping in front of their homes and in the streets during lockdown,” said Mr Deon Stoffels, GRDM Station Officer: Fire & Safety Training, who coordinates the COVID-19 disinfection task team.

How public can address the issue of littering and illegal dumping

Apart from open spaces, there are specific areas within each municipal boundary where illegal dumping happens more often than others. Remember, the illegal dumping of waste poses a threat not only to the environment, but the health and well-being of communities too.

Kannaland: Informal settlements, Royal Heights and Protea Park. Residents from the Kannaland municipal area can report the illegal dumping of waste to 078 409 9064.

All over South Africa