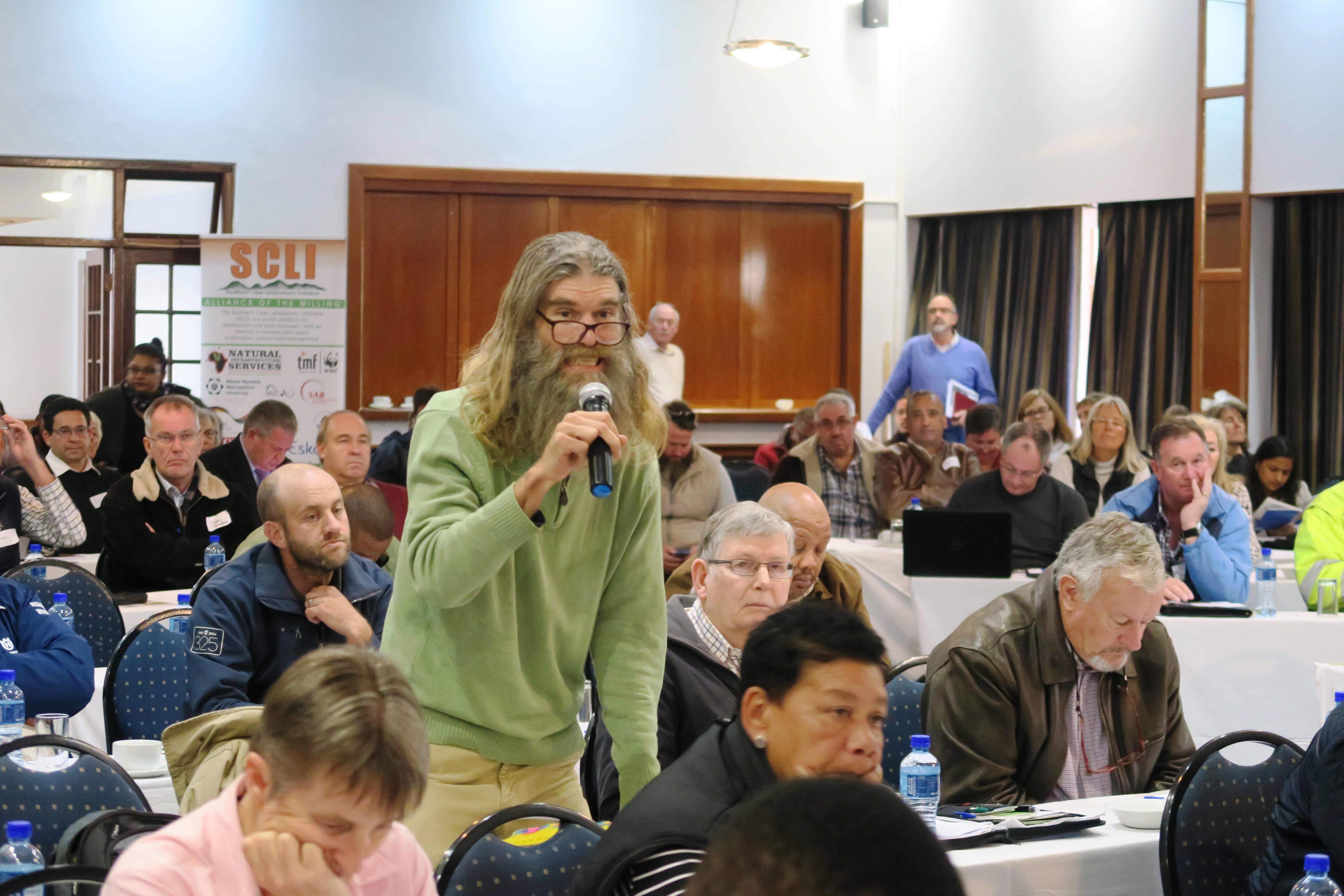 The Garden Route Annual Fire Commemoration Event, Climate Change & Adaptation Indaba hosted by Garden Route District Municipality (GRDM) in collaboration with the South Cape Environmental Forum once again reminded roleplayers about the fire outbreaks of 2017 and 2018 in the Garden Route and the aftermaths and tragic losses as a result of the fires. The Indaba took place on 7 June 2019 at the Wilderness Hotel in Wilderness of which approximately 150 delegates attended.

The main purpose of the event, was not to only host the Annual Fire Commemoration event, but also to build on the momentum and team effort the region has created in their efforts to recover from the fire, but also to host a Climate Change Indaba, according to Municipal Manager of GRDM, Mr Monde Stratu. In his welcoming address to the attendants, Mr Stratu said: “It is our objective to shape a better prepared, climate- ready and resilient Garden Route environment for our community, and we trust that you will be able to assist us in achieving that ambitious goal”.

In referring back to losses and the recovery of losses and damages as a result of the fires, Mr Cobus Meiring, Secretariat of the Garden Route Environmental Forum (GREF) said:  “Recent reports released by Santam and others indicate that the damages incurred by the 2017 Knysna wildfire disaster are very close to three billion rand. For the large insurance companies to arrive at accurate calculations took them a full two years to consolidate all pay-outs and peripheral and associated costs. Three billion rand is a staggering amount of money and is indicative of the kind of damage the fury of nature can incur on civilisation and the environment in a matter of hours. However, when taking into account what best could be described as collateral damage, could be a lot harder to calculate. Take for instance the number of retired folk from Knysna and Plettenberg Bay deciding not to rebuild at all, land becoming vacant for extended periods, formerly employed people now struggling to find new employment opportunities, with employers having decided to move on following the disaster, or even leaving the country as some reportedly did, and suddenly the situation looks even worse than expected,” Meiring said.  It is for these reasons that Dr Nina Viljoen, Manager: Disaster Risk Reduction and Climate Change Adaptation at GRDM described the event as crucial in the way the region is planning ahead with a challenging environment at play.

Most of the presentations made at the event, placed emphasis on water security, high quality water resources, the living conditions of the communities, sanitation facilities, regrowth of alien vegetation, to name a few. All these factors place a high risk on the state of health of the residents of the area and the economic growth of the Garden Route.   These were furthermore and significantly emphasised by Dr Jo Barnes, Epidemiologist and Senior Lecturer Emeritus in Community Health at the Stellenbosch University’s Faculty of Medicine and Health Science, when she spoke about the harsh realities of the impact of climate change on public health systems.

GRDM Executive Mayor, Cllr Memory Booysen, could not ignore the after effects of the fires in his address, when he made an announcement:  “As we pride ourselves as a District Municipality striving to improve the way we manage our environment, the GRDM and our Environmental Forum has secured substantial funding and support from the Fund for the Rebuild of Knysna to assist landowners who were severely affected by the Knysna, and more recent fires, to deal with the scourge of invasive alien plant re-growth”.  In coming to a point where resolutions had to be taken and the way forward was discussed, Mr Gerhard Otto, GRDM Manager for Disaster Management said, “The establishment of the Garden Route Environmental Forum, mandated by the District Municipality and incorporating non-governmental conservation bodies and public platforms, was a first in the Western Cape, and allows for greater cooperation between private landowners and regional and national authorities.”

In conclusion, Otto added that floods and fire in the immediate and foreseeable future can be reduced, but only if those tasked with planning and management understand the issues at play and implement mitigation measures in accordance,” Otto added. “The announcement of a regional public/ private programme to assist landowners who were affected by recent fires and a scourge of invasive alien plant re-growth is a first of its kind in RSA, and further announcements will follow as the initiative reaches implementation stage,” he added.