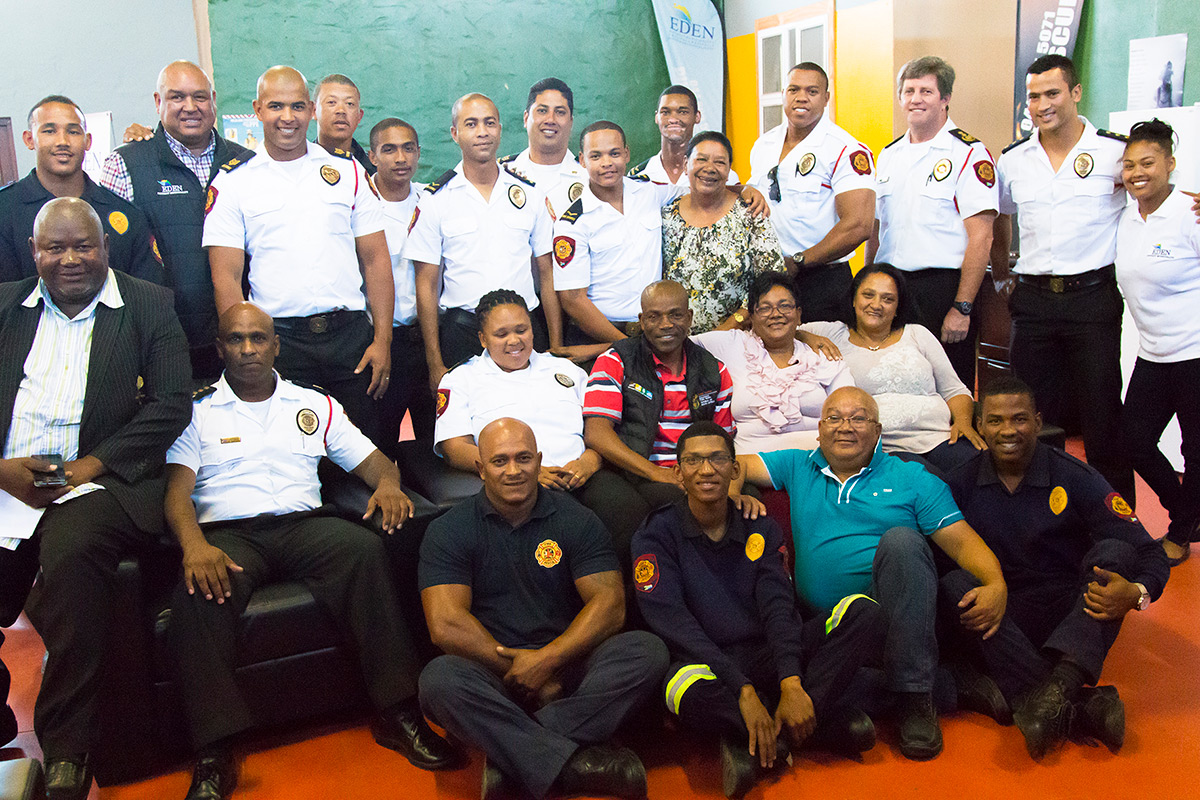 Even before the June 2017 fires struck the Garden Route, a need for an upgrade of basic capital items that would create a “home away from home” for more than 40 Firefighters after a long day of work, was identified by Council. This commitment by Council signifies an understanding of the importance of not only the hard work performed by Firefighters, but also the dignity and comfort that is deserved by the brave men and women who put their lives on the line for communities 24/7, 365 days a year. While Firefighters can attest to the fact that their jobs require excessive hours of work, they also make mention of how important it is to relax after working shifts of up to 16 hours when a life-threatening fire is ignited at one or multiple locations in the district.

This year during the adjustment budget, an amount of R5 500 000.00 was approved by Council for expanding the firefighting function of Eden DM. During the planning of the 2017/18 budget in February 2017, capital items to the amount of R150 000.00 were identified and purchased a year later.

On 23 March 2018, the official handover of the capital items took place when the Eden DM Mayoral Committee and Executive Managers addressed Firefighters at their firebase in George.

Eden DM Executive Mayor, Cllr Memory Booysen reminded the media and audience that the engagement with Firefighters wasn’t the first or the last and that he will continue to see to it that the needs of Firefighters are met. “We have raised the issue of your welfare, your circumstances, the future of Firefighters at Eden DM – it hasn’t been an easy road for any of us, but this is only the beginning of great things to come,” said Booysen. At a Skills Summit hosted by Eden DM, it was decided that the District should become a Skills Mecca, which means that the District will also invest in a training academy where firefighters will be trained and where other possible municipal-specific skills will be taught.

Booysen also shared that he sees Firefighters of Eden DM as the ‘flagship’ of the organisation that forms part of one of the hardest working and effective Departments of Eden DM, namely Community Services. He explained that it has been extremely difficult for him to get to where Firefighters are working, predominantly in the mountainous areas of the District because of the type of mayoral vehicle that Council owns. He then went on to say that, this would “soon change” because he supports “purchasing an SUV”, especially to support Firefighters. “Even when I go to the Western Cape Government Parliamentary meetings or engagements and firefighting is spoken of, I always stand out because they know very well how good of a job we are doing,” said Booysen.

During an interview by the Communication Unit, with the Executive Manager of Community Services, Mr Clive Africa was asked to explain how he feels about where the District is today, compared to previous years. He answered by saying that he is proud of the progress which has been made to date. “When I look at where we were about ten years ago and where we are today, I can only be thankful to Council for their commitment to Firefighters. Firefighters had to sleep under firetrucks in the past or on the back of trucks at fire scenes; conditions have thankfully changed drastically to date. We are also looking into expanding our team of firefighters because in 2006 a study was conducted about how many firefighters were needed for the Eden District to roll out its function. The study showed that we would need 60 Firefighters to effectively safeguard the entire district, but because of budget constraints we have only been able to appoint 40 Firefighters – they have done an excellent job under the circumstances by delivering a quality, dedicated service to the district for years,” said Africa.

Mr Africa also confirmed that Eden DM plans to purchase more fire trucks on an annual basis for the next few years, which will cost an estimated R5.5 million over the next three years. Africa also boasted about the fact that we have been winning the Toughest Firefighter Award for the past five years, which is more evidence that Firefighters have proved their worth year-by-year, and therefore deserve excellent working conditions.

Editor’s note: It is public knowledge that due to climate change, the environment has changed drastically, which now requires Firefighters to work in conditions which is more physically and emotionally draining. This was seen during the June 2017 fires when six people lost their lives and many more all their belongings. Approximately ten years ago firefighting services were rendered from a tent; today the Firefighters have a fixed structure where all their efforts are coordinated from.