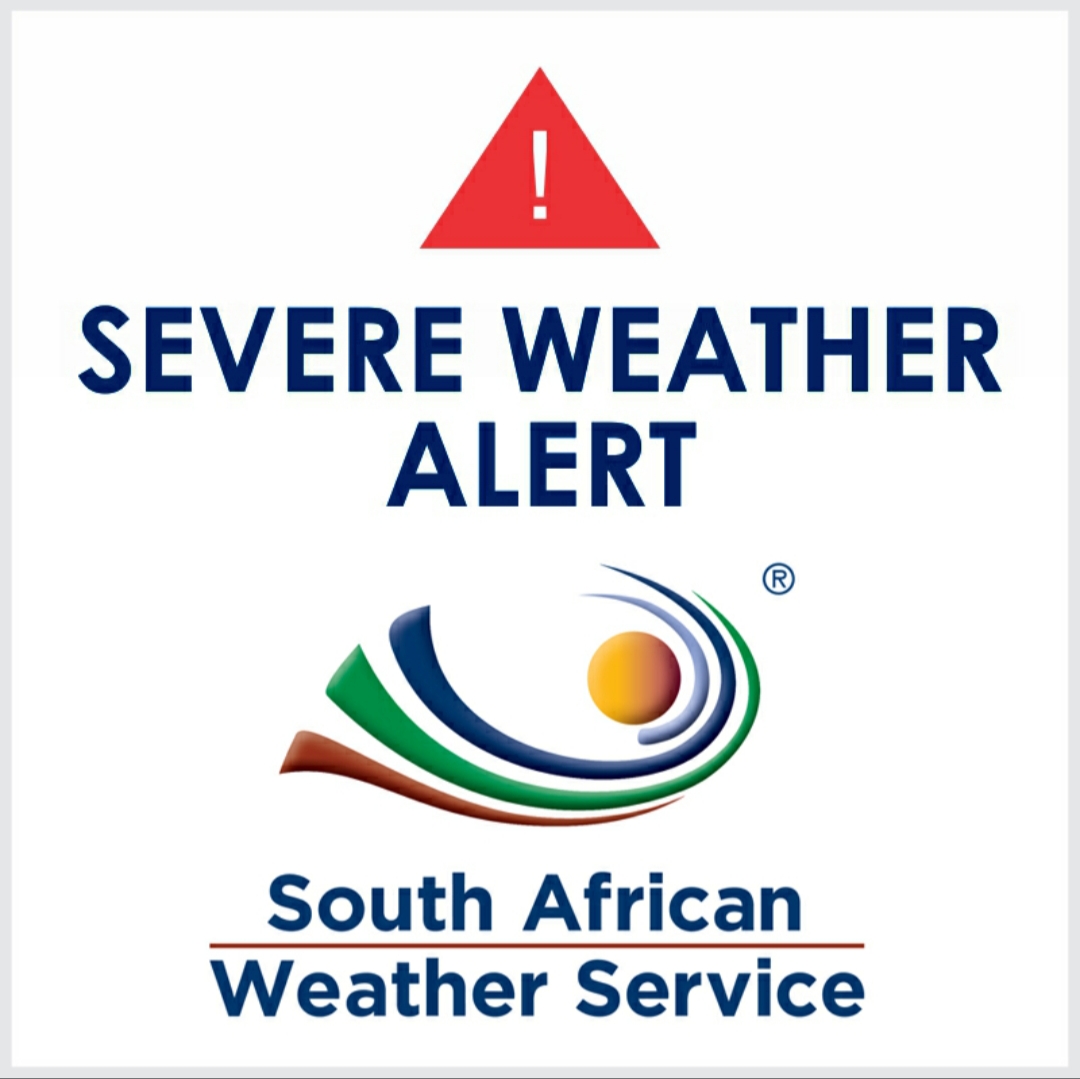 South Africans have been enjoying clear skies for the past few days, however, that is about to change as a series of cold fronts are expected to make landfall over the western parts of the country early next week and move eastwards, affecting most of South Africa. These cold fronts are expected to result in strong winds, high waves, heavy rainfall, light snow and a significant drop in temperatures.

The first cold front is expected to reach the Western Cape on Sunday evening. Ahead of this front, strong north-westerly winds between 50-60 km/h, gusting up to 70-80 km/h, are expected over the southern parts of the Northern Cape and interior of the Western and Eastern Cape from Sunday. These strong winds are likely to result in damage to formal and informal settlements as well as possible structural damage in these areas.

In addition, westerly to south-westerly waves, with significant wave heights of 4.0 to 4.5 m, are expected between Cape Point and Cape Agulhas on Monday morning, 13 June 2022, continuing into the afternoon. Together with these waves, strong north-westerly winds (50-60 km/h) are expected along this coast. These conditions may result in difficulty to navigate at sea.

By Monday evening, another cold front will reach the Western Cape. As these fronts make landfall, high rainfall amounts are expected mainly in the south-western parts of the Western Cape, especially from Monday through to Wednesday afternoon. This rainfall will spread eastwards on Tuesday towards the Eastern Cape. Rainfall accumulations are expected to reach 50-80 mm over the mountainous areas of the Cape Metropole, the western parts of Cape Winelands and the western parts of the Overberg districts between Monday and Wednesday. These high rainfall accumulations are likely to cause flooding of roads and formal/ informal settlements in these areas. Even though the Eastern Cape is expected to receive some rainfall, the rainfall amounts are not anticipated to have any significant effect on the dam levels for that province.

Temperatures are expected to drop significantly over the entire Western Cape and Namakwa district on Monday. This cooling will spread eastwards, reaching Limpopo, Mpumalanga as well as KwaZulu-Natal between Wednesday, 15 June 2022 and Thursday, 16 June 2022 (fig. 1).

The South African Weather Service will continue to monitor any further developments relating to these cold fronts and will issue updates and warnings as required. Furthermore, the public are urged to regularly follow weather forecasts on television and radio. Weather information will be available at www.weathersa.co.za as well as via the SA Weather Service Twitter account @SAWeatherServic