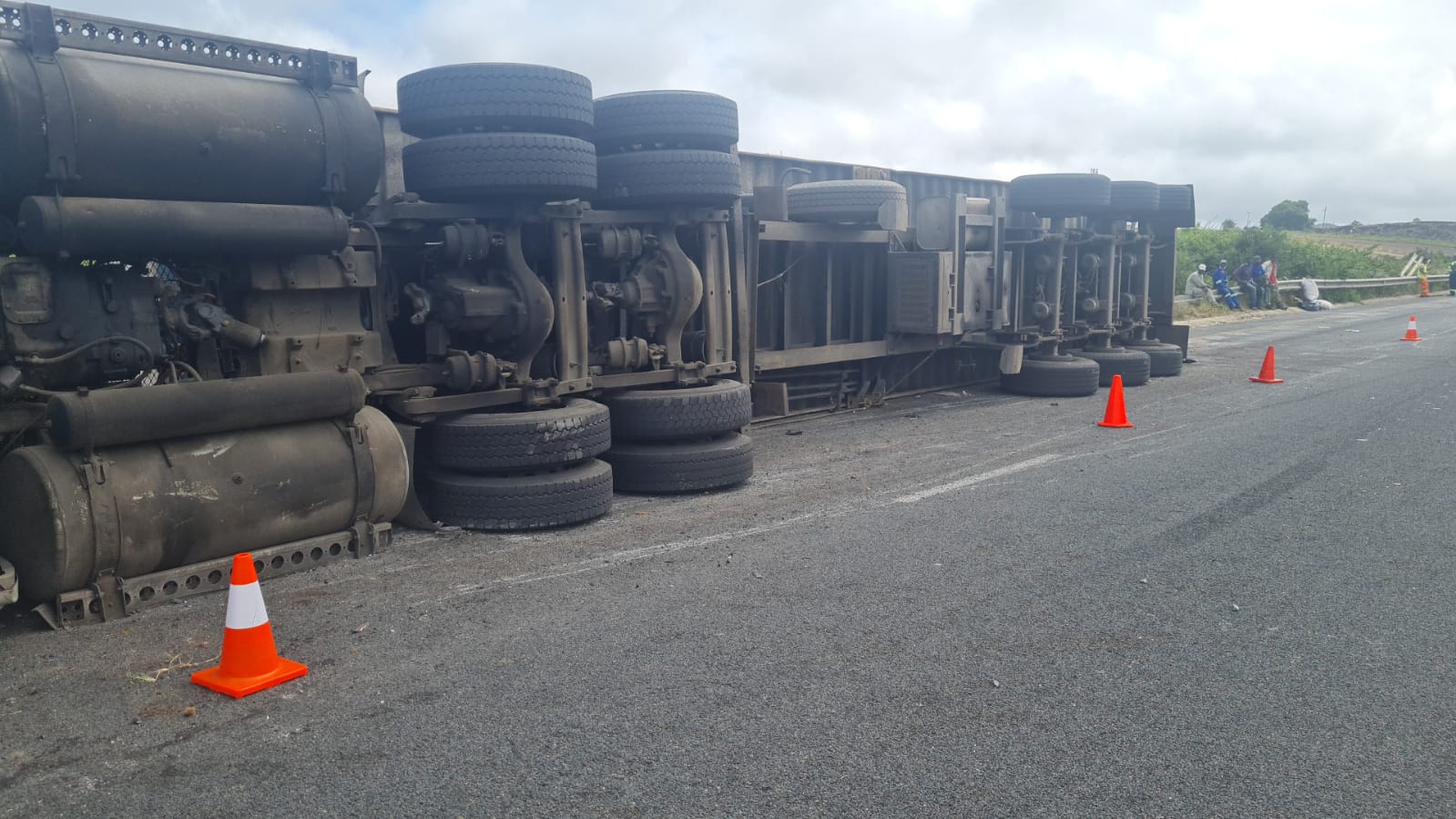 On Thursday, 27 January 2022, the Garden Route District Municipality (GRDM) Fire Services responded to a heavy vehicle incident on the N2 highway. The scene involved a truck that lost control and overturned, resulting in oil leaking from it. This posed a high risk of oil spreading towards a close-by drain that leads to the Maalgate River.

The GRDM team was requested to assist George Municipality Fire and Rescue Services who initially responded to the incident.

The GRDM firefighters also restored the road to its former standards and ensured a safe road surface.

Legislation; i.e. The National Environmental Management Act, 107 of 1998 (NEMA) guides and its purpose is among other, to provide for co-operative environmental governance. This requires those responding to incidents, to establish principles for decision making on matters affecting the environment. Of particular importance is Section 30 for the control of incidents involving hazardous substances that could have a detrimental impact on the environment. This is a measure that gives effect to the provisions of Section 24 of the Constitution, regarding the protection of the environment.