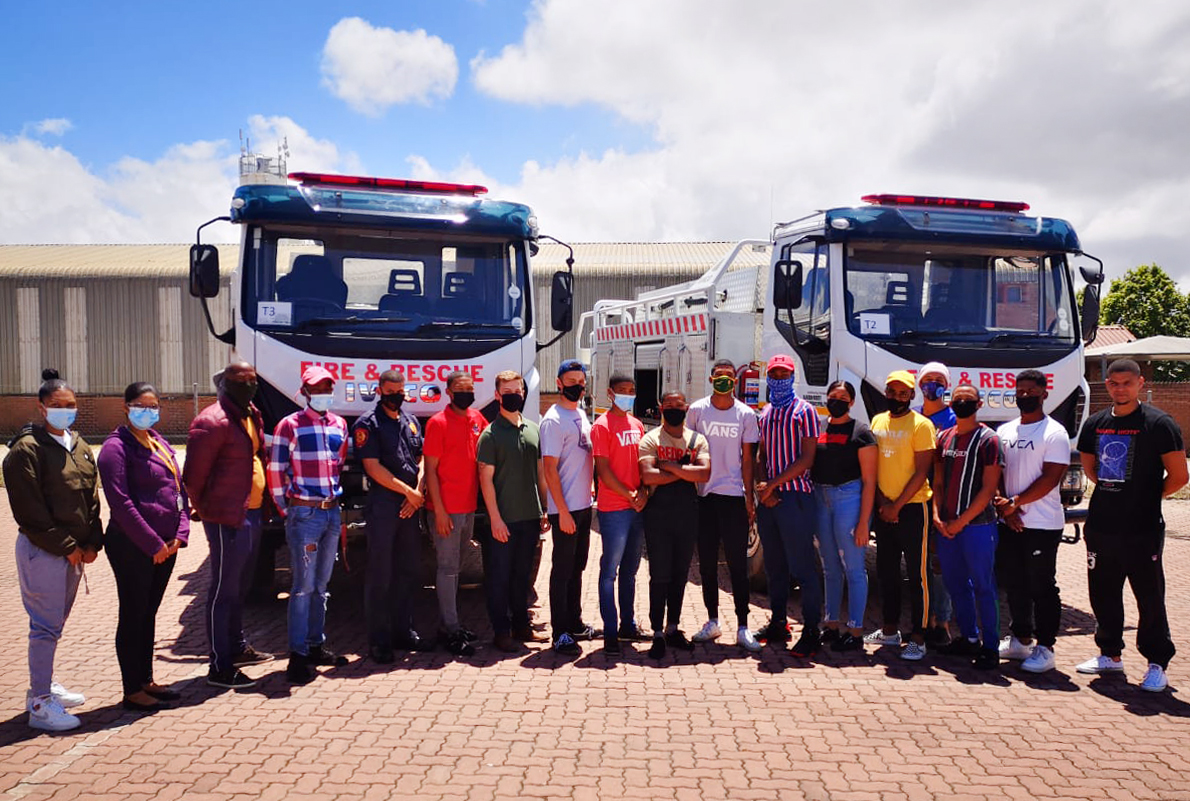 The Garden Route region’s summer season is synonymous with high occurrences of veld, bush and mountain fires. This time of the year is popularly known as a ‘Fire Season’ across the Western Cape. However, climate change has blurred the timelines of fire seasons and authorities now remain on high alert throughout the year, even though summer is considered the peak season for fires.

Seasonal firefighters must have the following essential qualifications: Firefighting 1, Hazmat Awareness and First Aid Level 3, as it provides a solid foundation for firefighting. Additional to their qualifications, each person attended an annual Fire Line Safety Training Refresher course, facilitated by the Western Cape Department of Local Government, as well as in-house training specific to wildfires. Such qualifications create superior skills, knowledge and leadership capabilities. It is therefore evident that the recruited seasonal firefighters, without a doubt, will enhance the GRDM Fire and Rescue Services’ effectiveness to fight wildfires.

During their time with the GRDM, they will work day and night shifts. Day shifts start at 06h00 and end by 18h00. Night shifts run throughout the evening from 18h00 until 06h00 in the morning. Each person will be deployed across the district at GRDM Fire and Rescue Service stations, including George, Ladismith and Riversdale. They are contracted until 31 March 2022.

GRDM urges the public to practice fire awareness, be vigilant at all times and be extremely cautious when braaing in open spaces. Acting Fire Chief, Deon Stoffels encourages the public not to make fires in any unpermitted areas and not to make fires on windy and hot days. “Those making fires in designated areas must douse fires after they’ve had a braai and use water, sand or moist soil to do this,” said Stoffels. The Acting Fire Chief also reminds the public not to discard any cigarette buds in the environment, because this remains one of the biggest causes of wildfires across the globe.

If any member of the public spots smoke or a wildfire in the Garden Route, which includes Hessequa, Mossel Bay, George, Knysna, Bitou, Greater Oudtshoorn and Kannaland areas, please get in touch with the 24/7 GRDM Emergency Call Centre on 044 805 5071.

Caption: Twenty (20) Seasonal Firefighters who will assist the GRDM until 31 March 2021