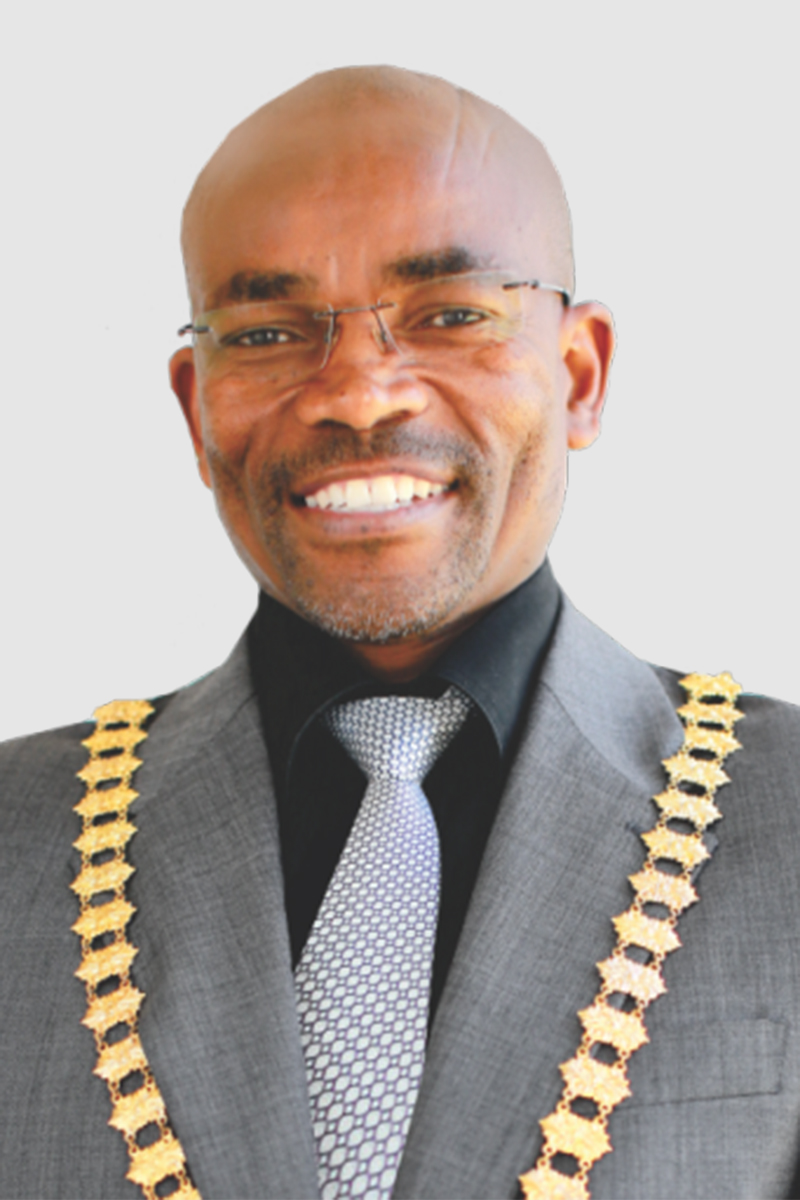 Last week on 24 November 2020, the fourth Garden Route District Integrated Development Planning, Budget and Performance Management Systems Representative Forum took place, since Council took office in 2015. The event took the form of a webinar as a result of the rapid increase in Covid-19 active cases in the region.

The purpose of this event was for all municipalities in the Garden Route District to provide an overview, scope, services delivered and challenges relating to planned capital projects and services to be rendered by the respective municipalities to their communities. The municipalities also provided status quo assessments and reflected on their 2019/2020 Annual Performance. They furthermore had to indicate what support they require to ensure that service delivery in their respective municipal areas can indeed take place.

The event was opened by Councillor Rowan Spies, Portfolio Chairperson for Roads and Transport Services at Garden Route District Municipality (GRDM) who welcomed all participants to the webinar including: Mayors, Deputy Mayors from B-municipalities and Councillors, as well as Sector Department representatives. He also reminded participants that they remain part of this winning plan during these times.

Mr Monde Stratu, the GRDM Municipal Manager, during his address cautioned participants and the public to take extra care during this time as the Garden Route experience a resurgence of the Covid-19 pandemic. With reference to the event and its purpose, he emphasised the concept of public participation and said that the forum forms a structural link between municipalities and the public by informing the interest groups of relevant planning activities and outcomes. “It is also a platform for analysing integrated issues affecting various sectors to determine priorities, strategies, projects and programmes and to identify budgets,” Stratu said.

Executive Mayor of GRDM, Alderman Memory Booysen, during his address, spoke about the district’s 2019/2020 plans and projects. He also gave an overview and shared the highlights of the 2019/2020 Annual Performance Report, as well as the current status of projects that are already underway. He referred to the vision of the municipality and said that the municipality uses its vision to directly take the lead  and support and/or enable B-municipalities in terms of their needs in the form of partnerships. He concluded by saying that it also provides the projection for the municipality while ensuring that residents of the district have a high quality of life and that there are equal opportunities for all. He further stated that by achieving this, the municipality proves that it works hand-in-hand with B-municipalities of the district. The current focus is on the following programmes including: community safety programmes, food security, potential district food bank that are under currently discussions, as well as programme that focuses on the priority of the health of the residents. By ensuring inclusiveness in the roll-out of projects, he stated that the GRDM has good working relations with the Western Cape Government and National Government Departments.

Mayor Booysen also mentioned the influx of residents of the Eastern Cape to the Western Cape, hence the increase in the population of the Garden Route, according to the projections,” he said. With job losses being a big concern, when referring to the 15,6 % unemployment rate of the region’s citizens, he said that the youth are being the hardest hit by unemployment.

In further highlighting the achievements of the GRDM, which include the Garden Route being one of best film destinations, Alderman Booysen said:  “The GRDM have contributed R200 000 to make sure that we deal with the basics of the film industry”. He further highlighted that the district has one of the biggest Roads Services Departments of the Western Cape; therefore construction plays a major role in terms of the vastness of the Garden Route district.

While sharing possible solutions for job losses and unemployment, he said: “To be able to create jobs, we need to deal with infrastructure projects that have the potential to create jobs and put food on the table. “District projects include the roofing of the municipality’s resort (Calitzdorp Spa Resort), the Regional Landfill Facility project, although discussions are still ongoing, etc” he said. Mayor Booysen further confirmed that more than R10 million have been spent on projects such as Law Enforcement; assistance with Early Childhood Development to help get children to get off the street; and Expanded Public Works Programmes, e.g. disinfecting of public areas in light of the Covid-19 pandemic. The Drivers Licence Programme was also mentioned; however he raised his concern relating to some learners who dropped out of the programme, even though the municipality carries all the costs relating to the programme.  He therefore encouraged the youth that are enrolled to these programmes to make a success of the opportunities and put all their energy into it.

Programmes such as the Cater Care Programme to train the youth to fill up spaces in the Hospitality Industry, the Small Medium and Micro Enterprises (SMME) Programme which the municipality invested R500 000 towards identifying and assisting struggling SMMEs in the area, were also highlighted.  In conclusion he said, that communication with all stakeholders during the pandemic is open and the municipality encourages members of the public, businesses and stakeholders to use these platforms to communicate their experiences, “advise us, so that we can tap into other resources to ensure that the Garden Route is open for business”. Mayor Booysen further acknowledged that none of the projects can be implemented without the support of stakeholders. ”If we all do what is expected from us, then we will definitely change the livelihoods of the people of the Garden Route.

Mayor Booysen further referred to the Illegal Dumping Project which is currently rolled out in George with the rest to all the areas to follow. “With this, we are extending the hand of the local municipalities to change people’s lives.” Mayor Booysen further admitted that approximately R32 million would be needed to assist all towns, but the GRDM is starting on a small scale by reaching out to George. One of the most ground-breaking projects that are currently under discussions, according to Mayor Booysen, is a level-1 housing accreditation which the municipality applied for. He admits that there is a shortage of middle income housing “and with our available land we want local municipalities to work hand-in-hand with us to provide middle income housing to residence of the area”. Student accommodation is also under discussion,” he said. Learnerships, internships and apprenticeships are rolled out to which Alderman Booysen added that with these programmes the GRDM is training the youth of thr district to be ready for when opportunity knocks on our doors and so that we have the relevant skills in our area. “We can only achieve all of this, if we work together, share information, we assist each other, partner with Non-Governmental and Faith Based Organisations, as well as partners at provincial and national level to make sure that whatever we do, we put the lives of our people first,”. Mayor Booysen concluded.

Most presentations made by local municipalities, revolved around concerns relating to businesses that closed down in their respective municipal areas and as a result thereof, many people were retrenched or lost their jobs or earn reduced wages. Municipal revenue collection was also negatively impacted by the national lockdown and drought still poses a threat to water security in the Klein Karoo and Kannaland municipal areas, to name a few.

Hospitals or 24/7 health facilities, high schools and primary schools, old age homes and rehabilitation centres, were amongst the critical support needed by municipalities as presented by municipal officials. Assistance with land for agriculture purposes and assistance to small farmers, as well as vegetable gardens were also made mentioned of.  With the ongoing crime in the district, some municipalities also indicated their need for satellite police stations to increase police visibility and improved services. With the new normal as a result of the Covid-19 pandemic, the less fortunate are still the most vulnerable because it demands fibre connectivity and mostly the vulnerable can’t afford data and are unable to work from home.

Municipalities now rely on and anticipate that large infrastructure projects will turn the district economy around. Various projects have already commenced with others in the pipeline and in progress. More information regarding these identified projects can be viewed on the GRDM website.

The event was successfully directed by the Executive Manager for Planning and Economic Development, Mr Lusanda Menze, and organised by the IDP and Public Participation team of GRDM.