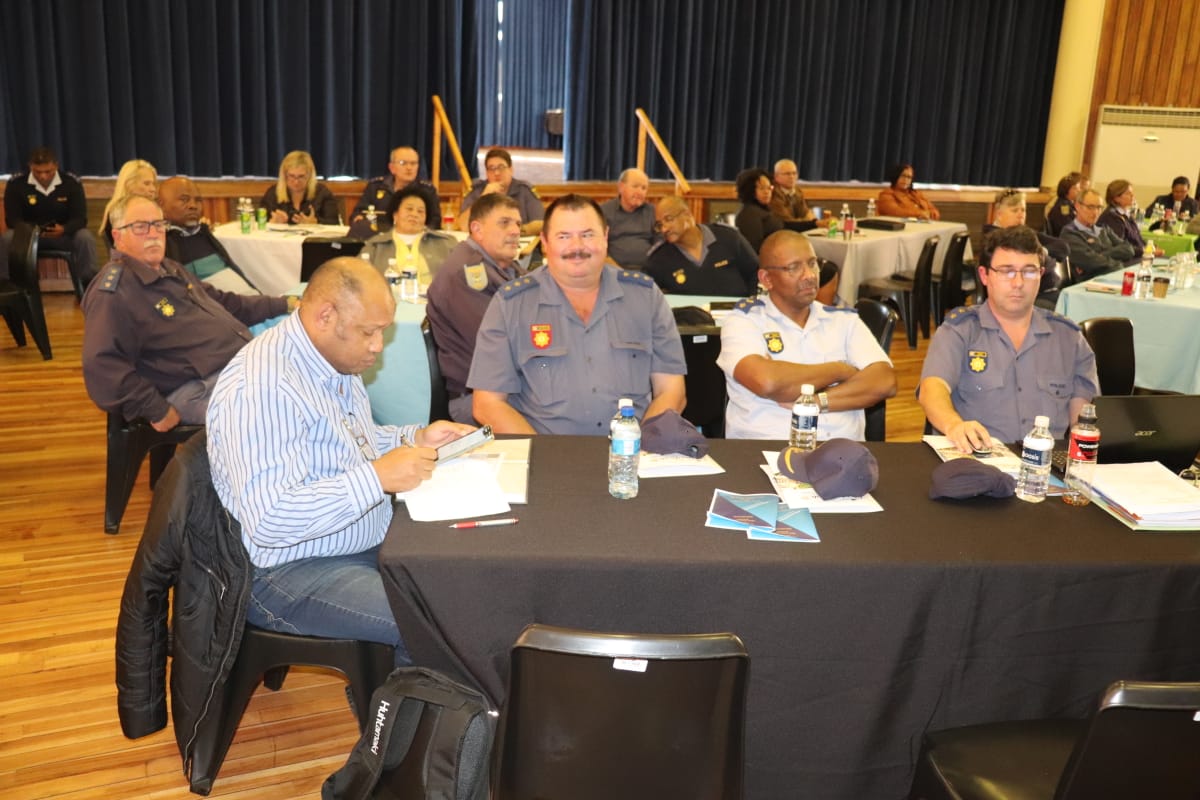 From Wednesday, 29 June to Thursday, 30 June 2022, the South African Police Service (SAPS) in collaboration with Garden Route District Municipality (GRDM) hosted an Anti-Crime Summit at the Mossel Bay Civic Hall in Mossel Bay with other departments, non-governmental organisations (NGO’s) and other role players within the Security and Safety Cluster.

The Summit brought together approximately one-hundred and eighty (180) significant stakeholders to discuss the issue of crime and the impact it has on the communities of the Garden Route district. For this reason, the GRDM   contributed an amount of R30 000 to the event. Other stakeholders involved in the Summit, included: The Department of Justice and Constitutional Development, Correctional Services, Home Affairs, the Department of Health and the National Prosecuting Authority.

On day one, presentations on the aspect of crime within the district for the 2021/2022 financial year were delivered, where it was revealed that some categories of crime have increased and some decreased. Presentations regarding the value chain in crime prevention were furthermore made by all departments present. Crime hotspots were identified and an analysis of solutions proposed by delegates to address these hotspot areas, were also discussed.

The Chief of Staff in the Office of the Executive Mayor at GRDM, Siphiwe Dladla, specifically focused his speech on the functionality of Community Safety Forums in the district. Dladla clarified the roles between the District Municipality and Local Municipalities with regard to these forums. He said: “The District Municipality is responsible for the coordination of the Safety Initiative Project, with a Project Coordinator that has to be appointed”. To this he added: “The District Municipality is furthermore responsible for reporting their progress to the Department of Community Safety and this should be done on a quarterly basis”. The District is also responsible to ensure that local safety forums and mediation teams are established. With regard to the status of the GRDM’s Safety Plan, Dladla confirmed that the Municipality has a Safety Plan that was developed in 2019. “The Plan was last reviewed in March 2022 and circulated to all stakeholders involved”.

Dladla encouraged all stakeholders to participate in the forums within their respective municipal areas. He also highlighted that municipal officials responsible for coordination are encouraged to work hand in hand with all relevant stakeholders. In conclusion he said: “The Forum is also encouraged to mobilise communities to participate in the forums and for that, GRDM is available to assist any Forum”.

Brigadier Johanna Crafford, from SAPS shared the Department’s vision for this financial year (2022/2023) and extended a special word of appreciation to all government departments and stakeholders who ensured representation at this crucial annual event.