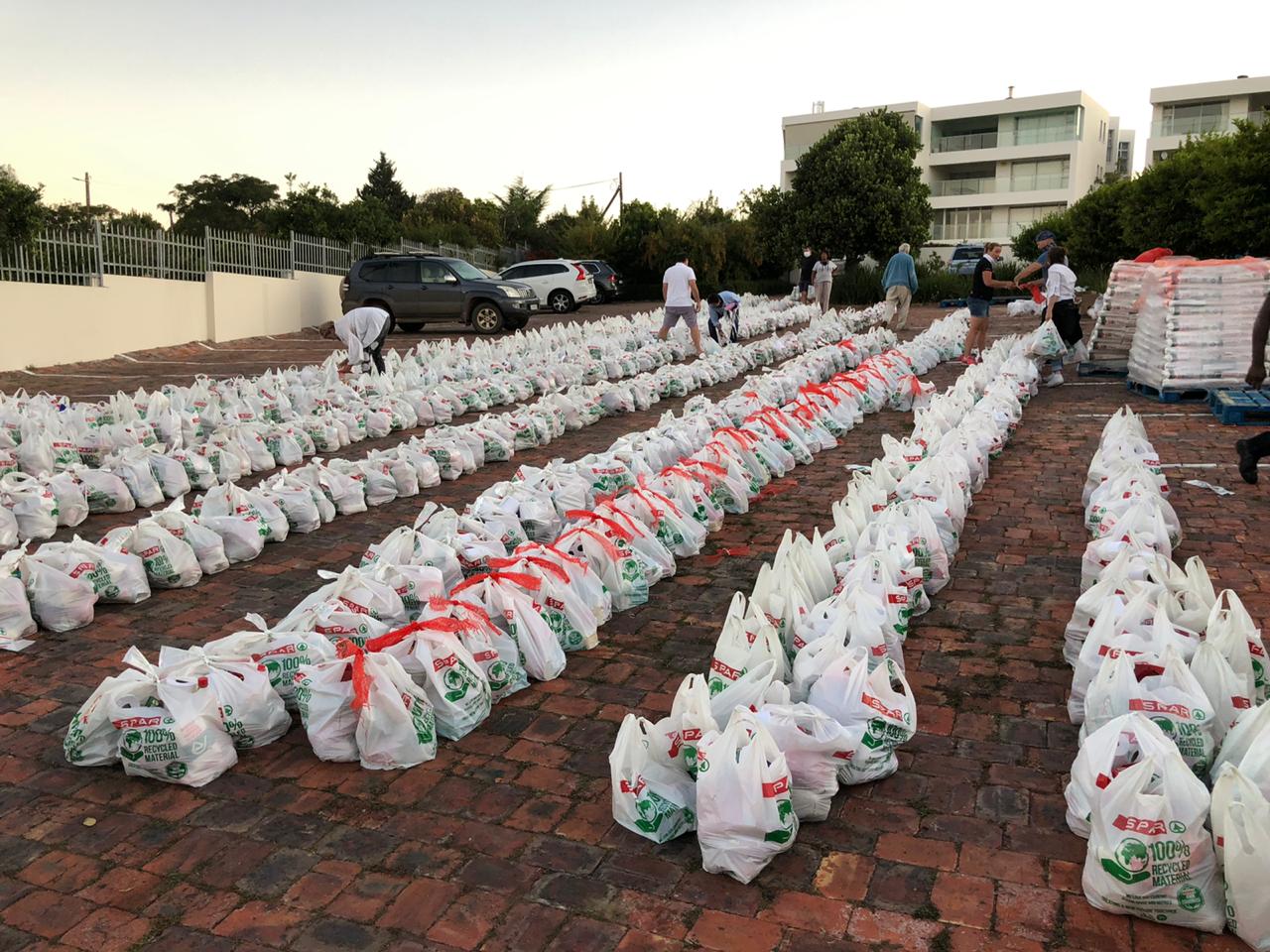 The Department of Social Development (DSD) and Municipalities in the Garden Route recently started with the distribution of food parcels to the most vulnerable households affected by Covid-19 Coronavirus pandemic.

Ms Marie Hendricks, regional director of the DSD for the Garden Route and the Karoo explains as follow: “Prior to the distribution of parcels a thorough process to assess all applications for food relief from the various communities takes place and will continue, until approved beneficiaries are reached.  Potential beneficiaries either apply through their respective local municipalities, NPO’s or through contacting the Western Cape Government call centre. Should applicants struggle to reach the call centre, they can also, as alternative, contact the DSD Local Offices in the District”.

As at 17 April 2020, DSD has received 4503 applications for the Garden Route district alone, of which 2153 were assessed by social workers as a normal social work social relief of distress practice. This process takes place in relation to determining the socio-economic situation/status of every applicant, directly or indirectly affected. Social workers employed by DSD assess the information supplied by applicants telephonically, against the set criteria, provided below. A total of 1108 applications assessed were approved of which 615 deliveries took place across the towns in the District. Applications, thus far, were received from within the following municipal areas George, Knysna, Bitou, Mossel Bay, Hessequa, Oudtshoorn and Kannaland. This DSD process continues on a daily basis and progress is monitored and reported on a daily basis to the District command centre . All other partners contributing to food relief coordinated by DSD also meet as a separate cluster under the District command centre .

As there are various role players making a contribution to food relief in the District the DSD is also currently busy with a mapping exercise to show the food relief footprint in each municipal area, so as to place all role-players in a position to see where, how and by whom food relief is provided. In addition, how the various communities and how these different services can be accessed by community members are dependent on their needs.  It is also measured against a particular criteria used by each food relief role-player. It is further important that residents who need food aid during this time knows where to go to get relief and as such a fair process of benefit to those who need it most, is being maintained whether directly or indirectly affected by the COVID 19 disaster.

DSD also provide general social work services to families in distress. Their offices can be contacted on a daily basis where social workers are available to telephonically assist in response to the emotional/social wellbeing needs of families.

In a quest to also address the shortages of food various local municipalities intervened to provide emergency food relief to the vulnerable. The Garden Route District Municipality (GRDM) set the example and donated half a million rand to distribute approximately 800 food parcels to local municipalities in the district on 9 April 2020.

Bitou Municipality so far distributed 3500 food parcels to the value of R1 050 000 to their vulnerable residents, with Hessequa Municipality who made R1 million available to provide food relief to their residents. Mossel Bay Municipality also reached out to the vulnerable in the area and provided meals to more than 1000 households to the value of R500 000. Although George Municipality also donated food parcels, the municipality predominantly utilises soup kitchens in the area to feed their residents. The number of meals served at these soup kitchens currently stands at 17 000 – two meals per person per day. Knysna Municipality also distributed nearly food parcels to nearly 150 households in its area, however the municipality works closely with the private sector businesses to assist with their food relief initiative, as per a press release issued on April 15. Oudtshoorn Municipality also made funds available for its food relief programme, but the process is still in progress and is done in collaboration with DSD and SASSA to finalise the assessment of all applications received. As soon as the process is completed, the distribution will take place in the Oudtshoorn areas. Kannaland Municipality, at this stage could not make any financial commitment to distribute food parcels, however it does provide meals to vulnerable residents through its soup kitchens and is continuously in discussion with the private sector businesses to assist with donations. The municipality is thankful towards GRDM for the food parcels donated to vulnerable residents of its area of jurisdiction.

Donations from the Public

Last week the the GRDM command centre called upon members of the public to make donations of essential items as a means to further fill the time gap of the SRD Programme of DSD.  This process was rolled out in collaboration with the local municipalities in the Garden Route. All donations received are distributed according to the criteria set by DSD and some are distributed to the soup kitchens that are in operation in the respective municipal areas. Items that are donated include: food items, cleaning and hygiene products. Clothing for men, women and children at home shelters are also needed.

While there is much uncertainty of how long the lockdown will stay in effect, more donations are required to assist with the needs of the vulnerable in the district. Individuals or business are requested to contact their Local Municipalities or DSD to make arrangement for donations.

DSD and partners would like to thank the public for their generosity! Every donation counts and support helps to further alleviate the dire conditions that so many community members have to endure every day. Support is invaluable to DSD, and the public is thanked for their ongoing support.