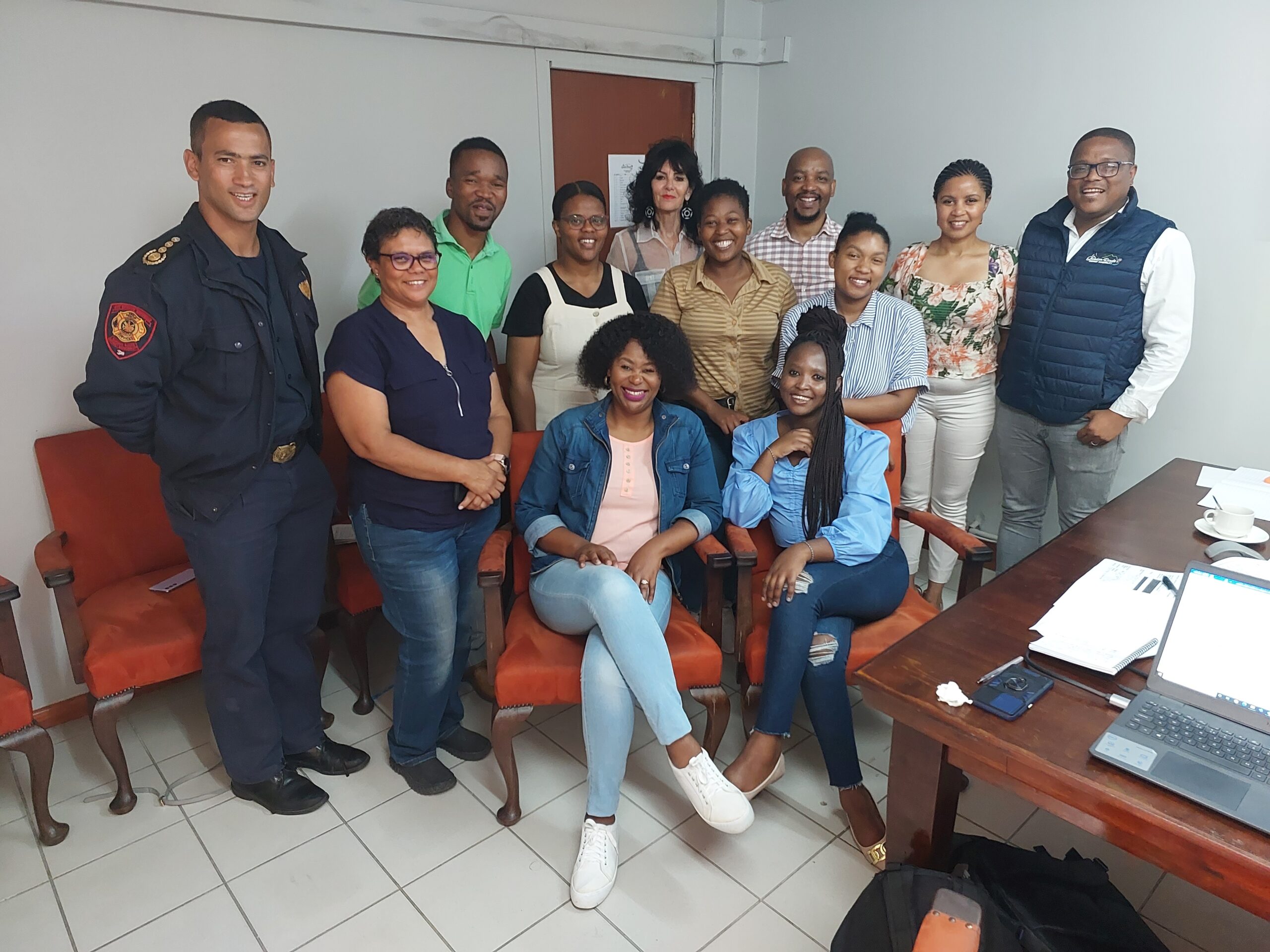 As part of the Due Diligence process, a Local Government Sector Education Training Authority (LGSETA) delegation led by Mr E Saeke, Manager in the Office of the CEO, and Ms J September, Provincial Coordinator, visited the Garden Route District Municipality (GRDM) on Wednesday, 30 November 2022. The meeting follows GRDM’s application for a Discretionary Grant (DG) when the funding window for the period from 09 October 2022 to 01 November 2022 opened.

The Garden Route Skills Mecca Team supported the Training Team at the GRDM and coordinated the needs of the Skills Development Teams across all eight municipalities (including GRDM) and submitted a combined application for the following projects during the window:

The Garden Route Skills Mecca (GRSM) Coordinator, Dr Florus Prinsloo said: “The above combined collaborative approach demonstrates that the District Development Model is being implemented pragmatically within the Garden Route for the benefit of all residents”.

The meeting was chaired by Trix Holtzhausen, Executive Manager of Services, who thanked LGSETA for considering GRDM for these projects. “We would like to thank LGSETA for their past and ongoing support, as well as assure you that these projects will greatly contribute to alleviating poverty within our district.”

After careful evaluation and consideration, LGSETA selected the following projects for the due diligence visits:

These projects amount to R30 million and will benefit employed and unemployed youth.

GRDM Skills Development Coordinator Reginald Salmon and Senior Training Officer Angeline Naidoo presented the different proposals. As Skills Development Facilitators, both officials act as a link between the LGSETA and the Municipality.

Fire Chief Deon Stoffels also attended the meeting with Brian Afrikaner, who facilitates training at the fire service. Stoffels thanked LGSETA for considering GRDM for Firefighter training and explained that GRDM recently received accreditation from the Quality Council for Trades and Occupations (QCTO). ” LGSETA’s Fire Training will be the first of its kind in the district, and it will serve as a pilot project to prepare GRDM for more significant projects in the future,” he concluded

After the formal presentations, the delegates from LGSETA were accompanied to by the Training Section and GRSM Technicians to the various sites and training facilities within the George area. The following areas were visited:

What is Seta discretionary grant?

Discretionary grants are paid out at the discretion of SETA management for skills development projects linked to scarce and critical skills (sector priority occupations). Funding for discretionary grants is focused on Professional, Vocational, Technical and Academic Learning (PIVOTAL).

What is due diligence?

Due diligence takes place when the LGSETA initially approves a project and then needs to check if the municipality will be able to deliver the training. Training venues, training facilities where participants will be trained, and accreditation of the service provider are all checked.